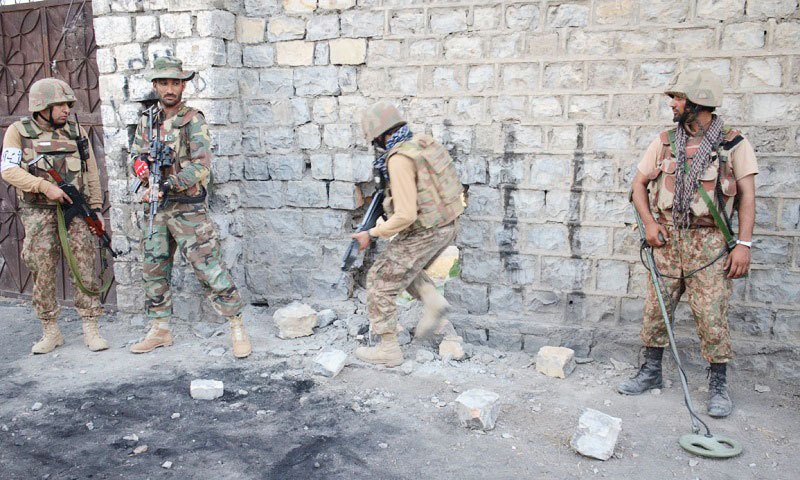 The security forces have launched operations against terrorism after the recent rise in terror attacks which indicate the resurgence of the Tehreek-e-Taliban Pakistan.

PESHAWAR: The Inter-Services Public Relations [ISPR, Pakistan military’s media wing] said Friday that security forces have launched an operation against terrorists in South Waziristan tribal district. The ISPR added that a ‘terrorist’ was killed while a soldier, Naik Ziauddin, embraced martyrdom in exchange of fire.

The security forces have launched operation against terrorism after the recent rise in terror attacks which indicate the resurgence of the Tehreek-e-Taliban Pakistan (TTP). A report of the UN Security Council found that the TTP is regaining strength in the wake of the US withdrawal and the Taliban gains in Afghanistan.

According to a study published in the monthly publication of ‘Combating Terrorism Center’, a research organization on counter-terrorism, eight groups have merged into the TTP in the previous year. The TTP also nominated its governors for Pakistani cities last month. According to the UN report, after the factions joined the TTP, the organization’s operations in the country have intensified once again and more than 100 cross-border attacks have been carried out.

According to the Army’s public relations department, the security forces are committed in eradicating the scourge of terrorism.