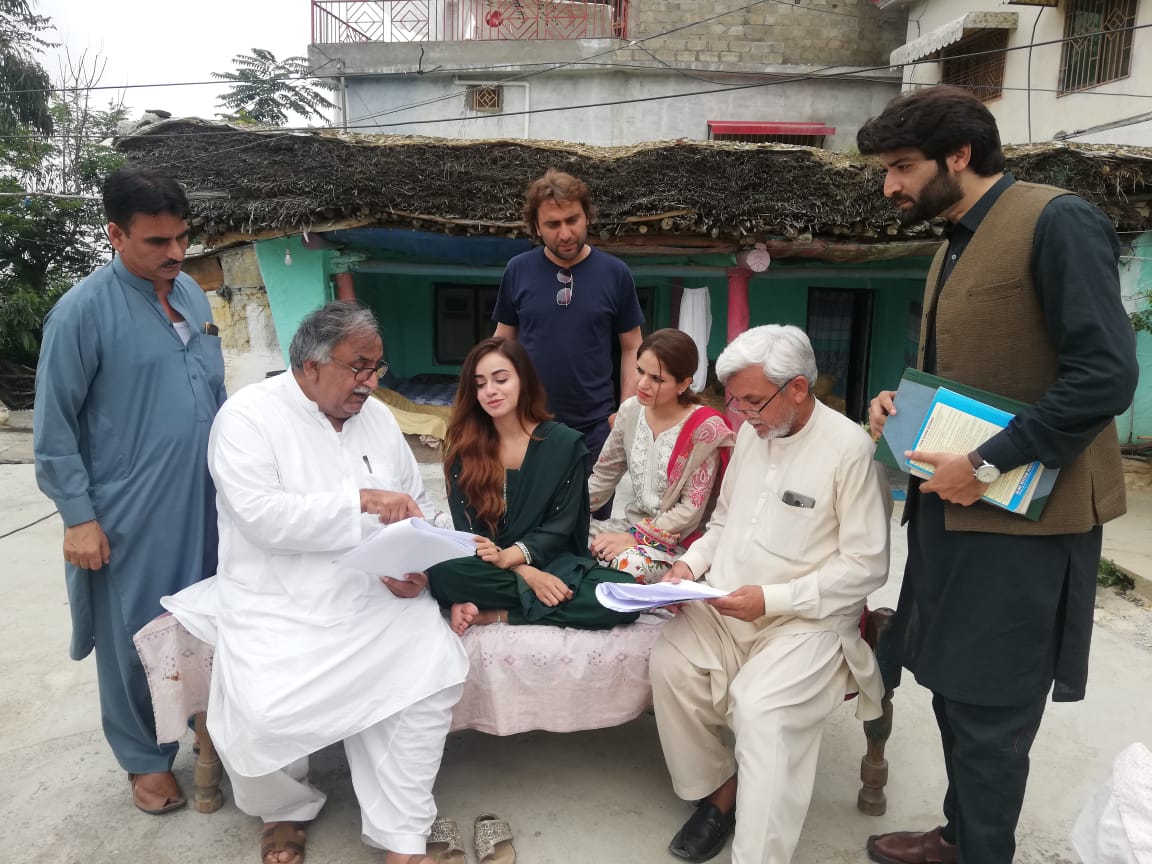 The special drama is written by senior playwright Noorul Bashar Naveed who has previously written successful serials for the Peshawar Center such as “Ana” and “Dastar”.

PESHAWAR: The artists of the city of flowers, the city of lights and Islamabad have mustered their efforts to double the light of the “Chiragh” – a special Urdu drama of Pakistan Television (PTV) Peshawar center.

The special drama is written by senior playwright Noorul Bashir Naveed who has previously written successful serials for the Peshawar Center such as “Ana” and “Dastar”. Naveed has also penned dozens of stage plays and programs for national Tv and radio stations.

Chiragh is produced by Nisar Khalil, who is serving as the Program Manager of PTV Peshawar Center. Khalil extended special thanks to the management of Pakistan Television and especially to Director Programs Akbar Malik, who gave Peshawar center a chance to produce such a special drama after a long time. In his statement, Khalil said, “we have no shortage of talent, but due to lack of opportunities, we have lagged behind other cities.”

The main character of Chiragh is a famous actress, Kanwal, from Karachi. She said that this is her first drama from Peshawar center. She said that she found the people in Peshawar very hospitable and wants to learn Pashto and work in local dramas.

Another senior actor, Arshad Abbas, will appear on the screen after 25 years. He suffers from diabetes as well as heart disease, but he is now ready for this challenging task. He thanked Peshawar Television and Nisar Khalil for providing him such an important role. Another actor Ali Raza came from Islamabad for Chirag drama. He has worked in a serial in Peshawar before.

What was special about Chirag was that along with producer Nisar Khalil and his team, playwright Noorul Bashir Naveed and editor Ahmed Ali were also present at the location. This helped the actors to changes some scenes and dialogues on the spot. Other cast members of the play include Iram Sehar, Naveed Anjum and Shino.

The writer of the drama Noorul Bashar Naveed said, “It is hoped that the “Chirgah” will use its light to dispel the darkness of the PTV Peshawar Center and send a message of a new dawn. And will open new avenues of success in the days to come,”