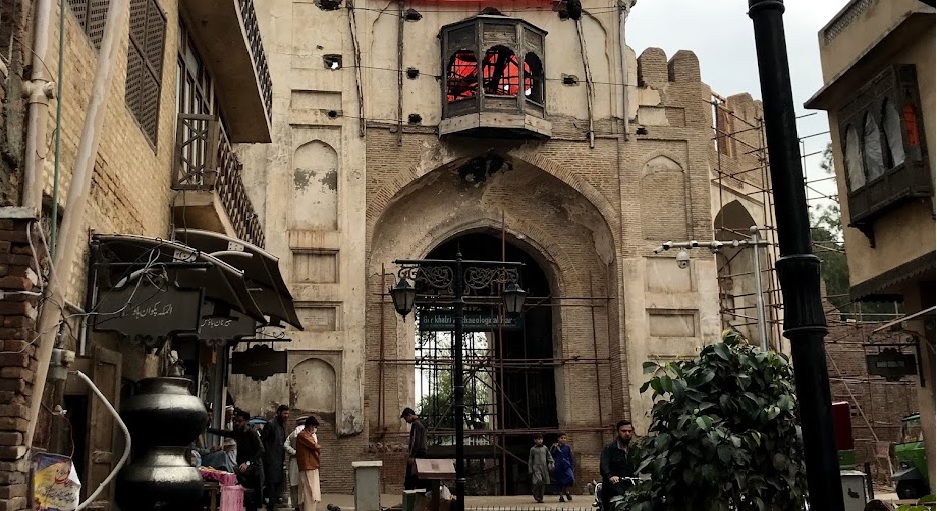 PESHAWAR: Gor Khatri is a rich archaeological complex and has been home to ancient civilisations and empires from Indo-Greek, Hindu, Ghaznavids, Mughal, Sikh to British era.

As a result of this multi cultural past, Peshawar has inherited a rich heritage of arts and crafts that survive to this day. But recently due to the unfortunate political and economic challenges, the trade has diminished the skilled artisans disappeared. However, the archaeological complex has preserved the city historic past in the form Mughal era caravanserai, Hindu era Gorakhnath ji temple, Sikh era’s Avitabile pavilion and the fire-brigade building of British period with the two antique fires-engines recently repaired by the government.

Gor Khatri literally means ‘warrior’s grave’ is a typical Mughal-era serai spread over an area of 25600 sq metres and is located on one of the highest points of Peshawar city.

In 2004, the archaeologists excavated the Gor Gathari – the city’s highest historic site – to trace the exact history of Peshawar city. Experts believed that Peshawar was one of the oldest but living cities in South Asia but they were not clear how old the city could be.

To address this issue, the provincial archaeological department excavated Gor Khatri. They have found antiquities from the British period to the thousand-year-old Hindu Shahi period after the excavation of up to forty-eight feet. In the process, the archaeologists have estimated the history of the city up to 2200-year-old Indo-Greek era. But some archaeologists suggest that the city was built atop the ruins of 7000 years old civilization. One of the positive aspects of all this effort is that a small museum was also established inside the Gor Khatri complex where antiquities found during the excavation has been placed which provides visitors with information about the city’s historic past.

Gor Kathri has two prominent gateways: one in the east and one in the west.  The KP government has recently repaired and conserved Gor Khatri’s Western Gate which is also known as Avitabile pavilion as during the Sikh rule over Peshawar, there Italian mercenary General Paolo Avitabile [1838-1842] converted the site into the residence and official headquarters.

Conservation work of two historical Gor Khatri Western Gates started in 2018 by by KP Archaeology Department in collaboration with architects, LUMS, United of Engineering and Technology Peshawar and consultants through the support from German Gerda Henkel Stiftung.

One of the oldest Hindu temples in the city is situated inside the Gor Khatri archaeological complex. Though there is no exact detail as who constructed the structure, but some archaeologists believe it was constructed during the Sikh rule over Peshawar.  The Hindus of the city has got the possession of the city and are using it for religious services.

According to the officials of director of archaeology and museums Jehan Ara Begum – the daughter of Mughal Emperor Shah Jehan – converted Gor Khatri into a caravanserai and named it ‘Sarai Jahanabad’ in 1641. The purpose was to provide a resting place to the travelers and traders between Central Asian countries and India.

The archaeologists believe that she has also ordered the construction of mosque and had dug wells to facilitate people coming from long distance to drink or fill their pitchers. The Khyber Pakhtunkhwa tourism department has fixed aluminum gates to each inn and was handed over to the artisans to revive Peshawar’s arts and crafts.