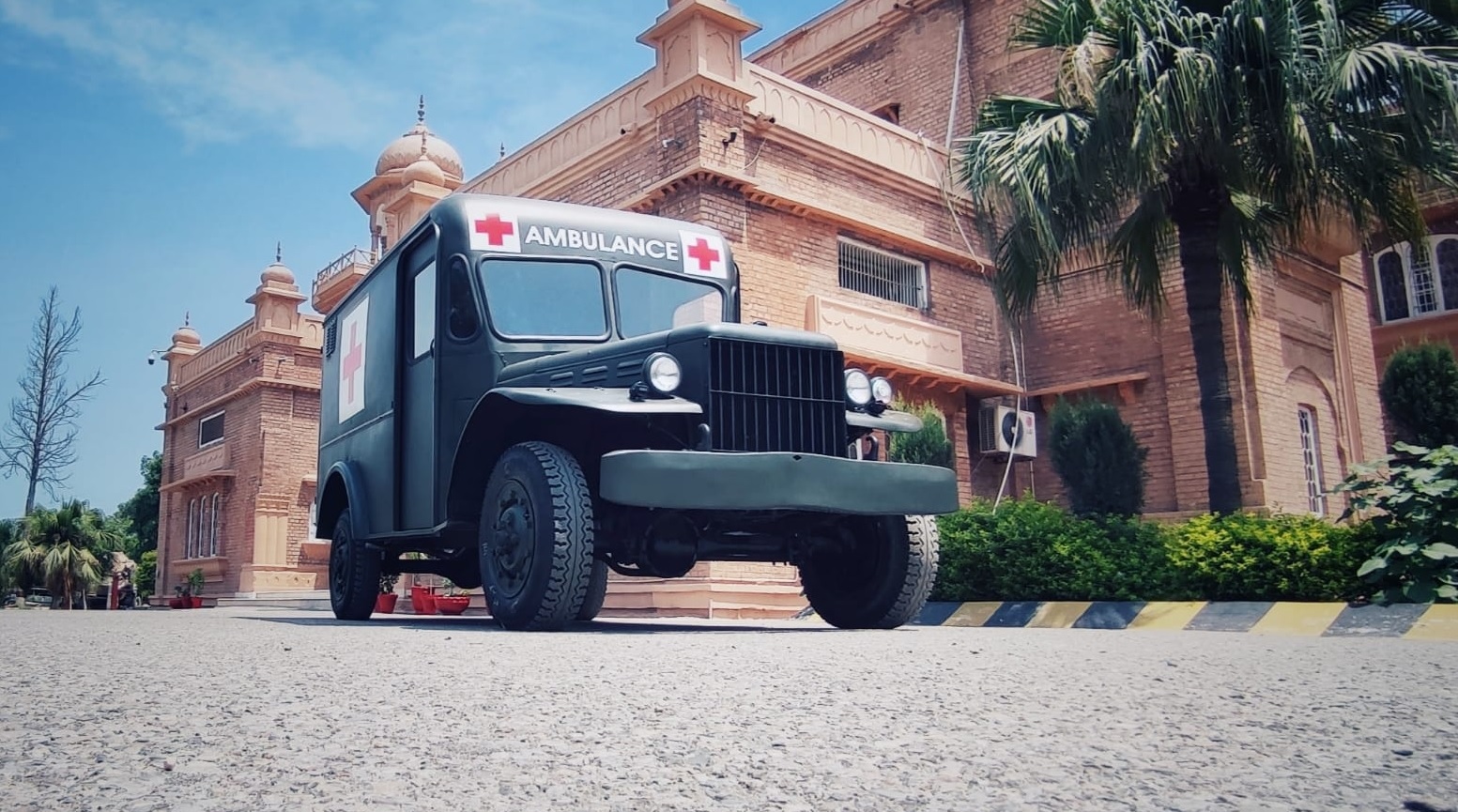 The government officials said that the vehicles will now be used for advocacy purposes along with the two restored fire vehicles parked at the Gor Khatri archaeological complex, Peshawar.

PESHAWAR: The Khyber Pakhtunkhwa (KP) Directorate of Archaeology and Museums has restored British era vehicle which as used as ‘Safri Shafakhana’ (ambulance) from 1943 to 1950.

The officials said that the 1943 model vehicle was manufactured by British Dodge Company. The automobile was gathering dust at District Health Office Abbottabad for the last more than 70 years. Being the part of the province’s rich culture heritage, the government has finally brought it to road after five months hard work at the cost of Rs 1.5 million.

The government officials said that the vehicles will now be used for advocacy purposes along with the two restored fire vehicles parked at the Gor Khatri archaeological complex, Peshawar. “The vehicle is in its original conditions. The vehicle has the same engine and specs. [After restoration], It is now able ply on roads,” said Dr Abdul Samad, Director Archaeology and Museums Khyber Pakhtunkhwa (KP) to the media.

Dr Abdul Samad said that the directorate of archaeology and museums is planning to start ‘Schools heritage caravans’ for the province for creating awareness about the cultural heritage of Khyber Pakhtunkhwa (KP). He said that they have also two more such antique engines – one from 1918 and the other from 1921 – which the government would use for education and public awareness during the program. The two fire brigade engines, parked at Gor Khatri archaeological complex were manufactured by Merryweather & Sons and considered as world oldest fire vehicles in the world.

Dr Samad said that the antique engines and ‘Safri Shafakhana’ would be transported to schools and colleges to inform the students about the history of automobile industry. He said that students well be informed how the ambulances developed. “It is the part of KP’s rich heritage and we are proud to have brought it to its original conditions,” Dr Samad said.