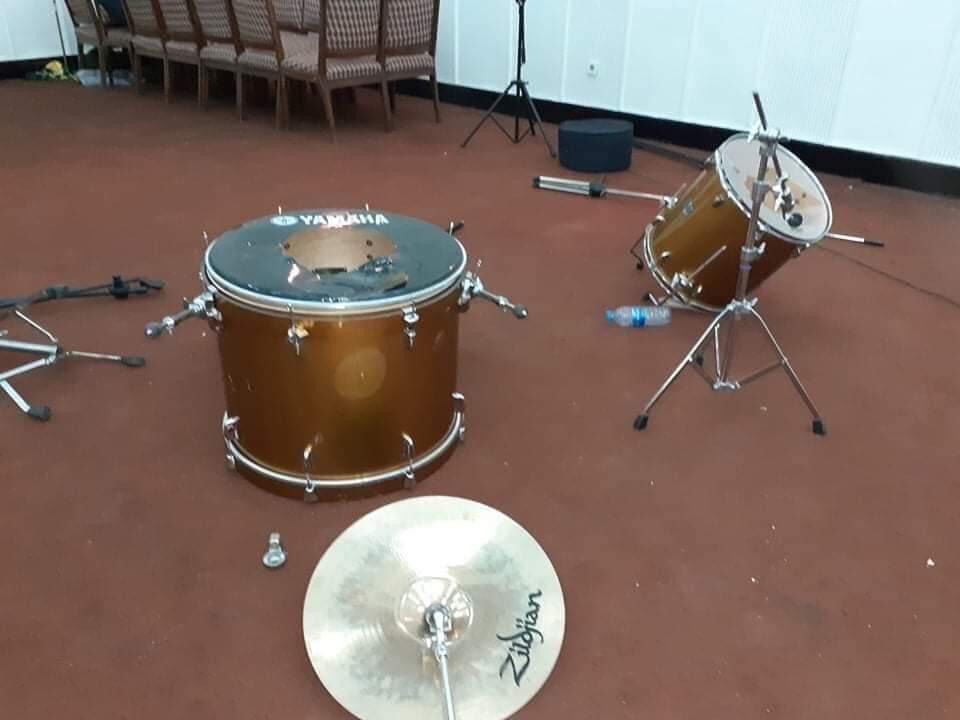 The artist said, “Preventing art is in fact silencing the creative spontaneity, well-being and peaceful expression of human life and paving the way for extremism.”

PESHAWAR: “The piano which has been brutally broken by extremists, once witnessed the glory of music art in this beautiful land,” said renowned Afghan musician Aryan Khan. “Don’t let musicians go silent. One this land late Ahmad Zahir has produced some of the most fervent and passionate songs.”

The artist maintained that music remained a major part of Afghan history and culture but now it is declared forbidden which is not only incurring irreparable loss to the artists but also to the rich Afghan culture and heritage. “In every sense, banning music is damaging Afghan society’s decades old traditions, culture and customs.”

After the Taliban captured Kabul, they dragged and killed senior folk singer Fawad Andarabi and the Afghan National Institute of Music closed its doors for music lovers and learners. Its students are now fearful and concerned about their lives, especially after the murder of senior folk singer. By killing Fawad Andrabi, by breaking the musical instruments, and by knocking on the door of the people who breathe music like air, the Taliban fighters want to completely end the music and musicians from the Afghan society but they will not succeeds in their efforts, Aryan Khan maintained. Throughout history, Attan has been a source of passion for Afghans and Pashtun weddings were incomplete without this passionate dance, however, in Afghanistan this tradition has been lost because of the decades’ long bloodshed.

According culture critic Sher Alam Shinwari, under President Afghan Ghani government, most of the Afghan musicians from Khyber Pakhtunkhwa and Balochistan returned to their country as Ghani government was supporting artists and musicians. Shinwari said that leading Pashto singers from Khyber Pakhtunkhwa also regularly visited Kabul and other Afghan provinces for performances as there were more opportunities for singers in Kabul than Peshawar.

Shinwari said that Ghani administration had also announced to public books of Pashto writers. He added that books of number Pashto writers were public under this program which was aimed to promote Pashtun culture and history. Shinwari expressed deep concerns over the current situation and said, “Preventing art is in fact silencing the creative spontaneity, well-being and peaceful expression of human life and paving the way for extremism.”

Singer Aryan Khan also maintained that the music will continue. “They [the Taliban] have to admit that they secretly listens their favorite music and even secretly sing. They too are human and cannot separate themselves from the other eight billion human beings on this planet. They cannot live apart from all of humanity.” He said that the Taliban should not afraid of musicians and their arts are the artists are not their enemies. The artists have not learned how to be enemies; they just learned how to love.” The artists stressed the Taliban leadership to not spread hatred, respect the Pashtun culture and Don’t let musicians go silent.