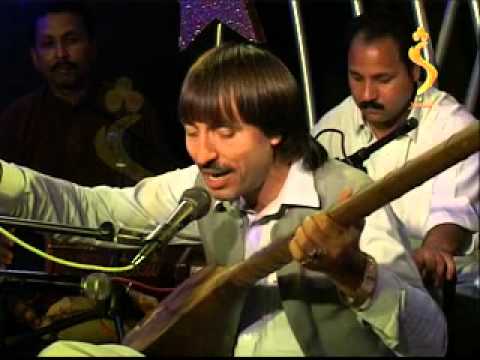 Kyfayat Shah Bacha was also the president of Swabi Association of Musicians.

The Zaida police station said that Bacha was on his way back to home after Friday prayer when unidentified assailants opened indiscriminate firing, killing him on the spot. A child also received bullet injuries but, he is in stable condition. The police said that the assailants escaped from the crime spot after committing the crime.

Kyfayat Shah Bacha was the president of Swabi Association of Musicians. He was famous across Khyber Paktunkhwa for his unique style, but, his family feuds could not allow him to pass a peaceful life. He had remained in jail for a long time and after his release, he was arrested on murder charges.

In one of his interview, the pashto singer had said that no one in his family was associated with music but his father would love to play sitar but within the walls of hujra [Pashtun traditional guest house]. He said that his music was also limited to his hujra and friends but then he got so much popularity that it became difficult to keep his talent limited only to his friends. His family had pressed him to stop the music, but due to his wide raging popularity, he could not complete his family wish.

“Even if I want, I would not be able to bid adieu to Pashto music,” Bacha has said in his interview. “Music is my soul. Music is the sound of love and peace.” He had said that music is a profession like engineering and medicine, thus, there should be proper institutions where music lovers could be trained. Bacha had stressed that our children should learn Pashto language and it should be made part of their school curriculum. The slain artist had lamented that he was unfortunate that he couldn’t get proper education.

He had not received proper music training and would use to say that all senior musicians are his teachers but he would love to listen and learn from Khyal Muhammad and Nashanas – the Pashto music legends. He had adored the poetry of Malang Jan Baba and Ahmad Din Talib and would use to say that their poetry is “matchless“. He had performed in Kuwait, Qatar, Bahrain, Dubai and United Kingdom.

The slain artist had fed up of blood feuds on the pity issues. “We should spread the awareness in the society to stop fighting on pity issues, especially disputes on small piece of land,” Bacha had urged. However, one such pity and long standing dispute finally took his precious life.