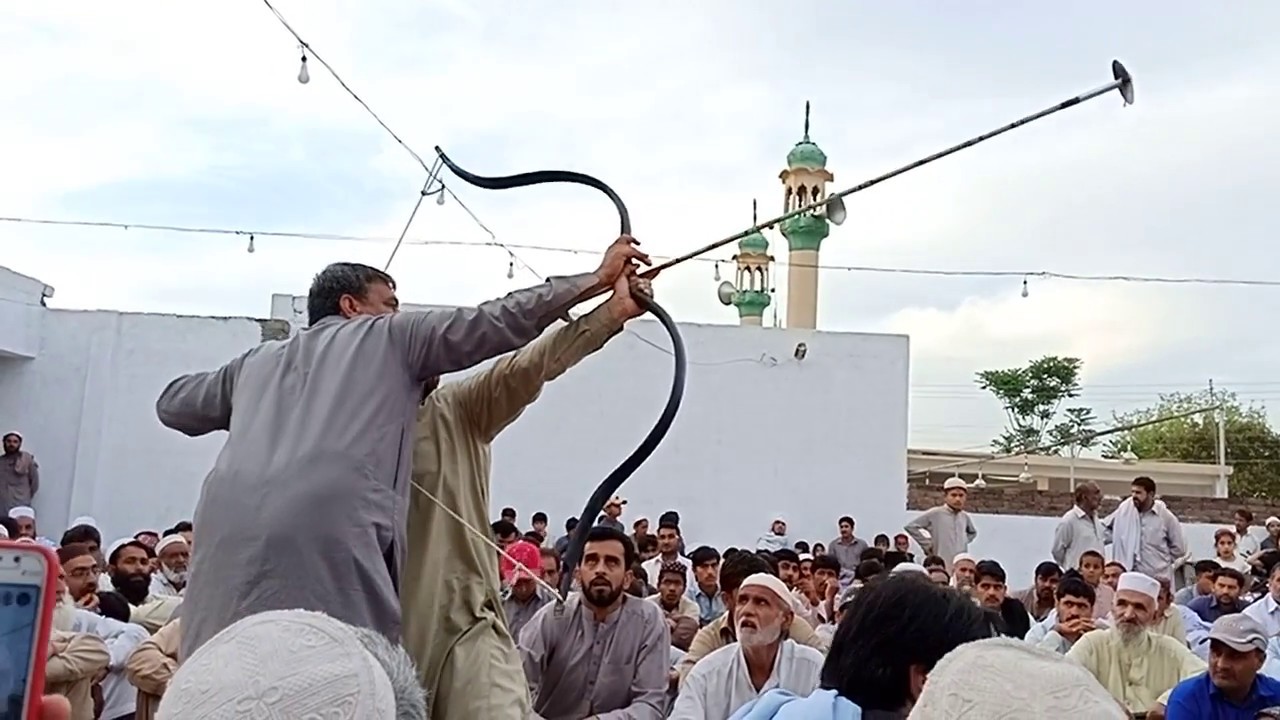 The sport was played during the Mughal period and now it is also famous in Buner, Charsadda, Abbottabad and some villages of Punjab province.

PESHAWAR: Muhammad Zawar has been playing the local sport – Mukha – for the last 20 years and also travels to different parts of the province to compete in this traditional sport.

“I have been playing mukha for years. It is an old form of modern-day archery and being played across Swabi,” Zawar said. He informed that the sport has been played in Swabi for centuries, claiming that was played during the Mughal period and now it is famous in Buner, Charsadda, Abbottabad and some villages of Punjab province. He said that all you need to play this sport is a bow and arrow to hit the target.

Pakhtunwali: The Pakhtun code of honour

How is Mukha played?

Zawar also informed us about the rules of the game. He said that each team in the consists of five to ten players who hit clay made ‘tiki’ with arrows and bows. He said that the team that hits the target 40 times with complete accuracy wins the match.

He said that regular tournaments of mukha are held in the area in which up to 40 teams take part. “Both young and old play the game, but it is a bit difficult for the old to pull the bow’s rubber, but if the players are experts, they can pull it without any problem,” he said.

For Mukha, everyone needs to have an arrow and bow to play the game. The bow and arrow are made by skilled people while a special type of bow and arrow called ‘Bajaur bows and arrows’ is made in Bajaur district but it is expensive and can cost up to Rs30, 000. He said that Bajaur bow and arrow uses a wire made of an animal fat while the cheapest one is made of rubber and widely available in the district.