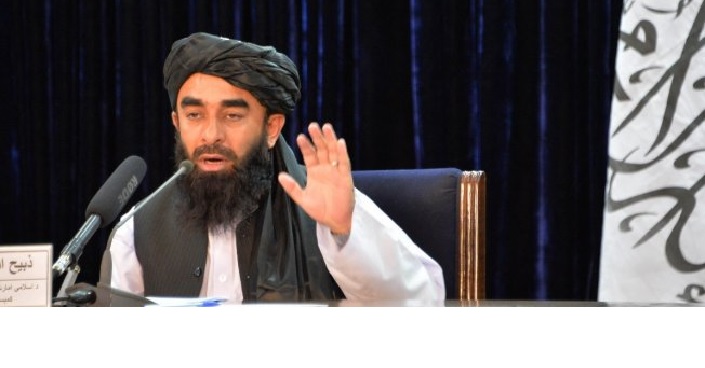 PESHAWAR: Afghanistan’s Deputy Information Minister Zabihullah Mujahid denied the allegations that Prime Minister Imran Khan is interfering in the internal affairs of Afghanistan and said that his efforts for peace are commendable.

Taliban spokesman has announced the names of more members of the Afghan interim cabinet. Talking to Afghan media, Mujahid said that they are moving towards a comprehensive government. He announced that Engineer Najibullah has been appointed as the head of Atomic Energy, Nazar Mohammad Muttamin as the acting head of the National Olympic Committee, Dr Qalandar Ibad as acting Minister of Health and Abdul Qayyum Zakir as the Deputy Minister of Defense.

During the press conference, Zabihullah Mujahid also spoke about the international terrorist organization ISIS, during which he said that the ISIS hates Afghan people, claiming that the Taliban have taken effective measure against ISIS in the past.

“The girls will be allowed to go to school as soon as possible. We are working to complete the procedure so that the girls can resume their education,”Mujahid said.  Adding that the news about the threats of Al Qaeda is propaganda. He said that the helicopters at Kabul airport were destroyed by the Americans and now they are working to strengthen the Afghan air force. He said the main radar of Kabul airport has been destroyed while the central radar of Kabul airport International flights will resume after the repairs. He added that the World Health Organization’s visit to Kabul had raised hopes for solution to the health sector’s problems, as well as using diplomatic channels to unfreeze Afghanistan’s assets.