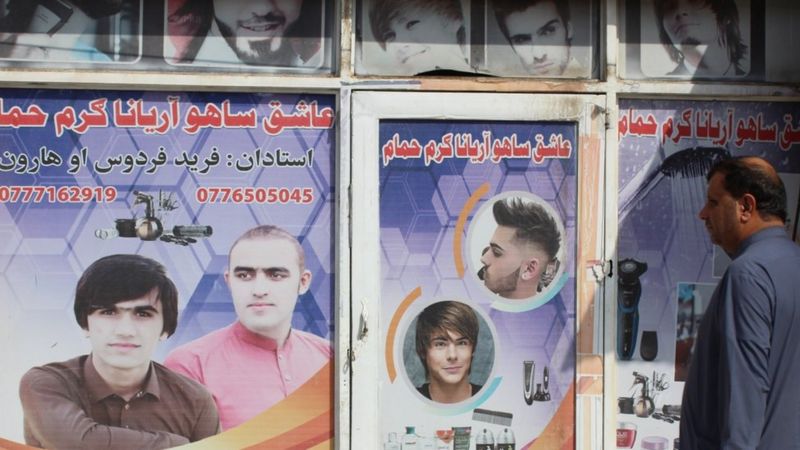 PESHAWAR: The Taliban officials have said that notice issued in Helmand province for ban on bear trimming was not an official notification, but the salon owners said that they have been warned against shaving beards.

An announcement, apparently issued by the Taliban provincial officials warned hairdressers in Lashkar Gah, the provincial capital, not to shave beards. The warning warns that anyone violating the order will be dealt according to Sharia law and will have no right to complain. The notification was signed by two local Taliban leaders.

Taliban to bring back cutting off hands as punishment in Afghanistan

But in the capital, Kabul, some salon owners said they have received similar orders and warnings. A hairdresser in Kabul said militants used to enter their salons and warning them against shaving beards. He said that they were warned that the Taliban fighter can arrest him for violating the order. The owner of another large salon said that a self-proclaimed government official had ordered them to refrain from shaving or trimming people’s beards.

The Taliban have hanged the bodies of four people who were killed in clashes with the Taliban in Herat, creating fear among the local population. Although the Taliban have committed that they will not resort to strict punishments, the recent event have raised concerns.

The concerns were heightened after Mullah Nooruddin Turabi said that the punishment of hand cutting for thieves will be revived “to ensure security.” He said Taliban ministers were now debating whether the punishments will be carried out in public. he said the group hey would formulate a “policy” in this regard soon.