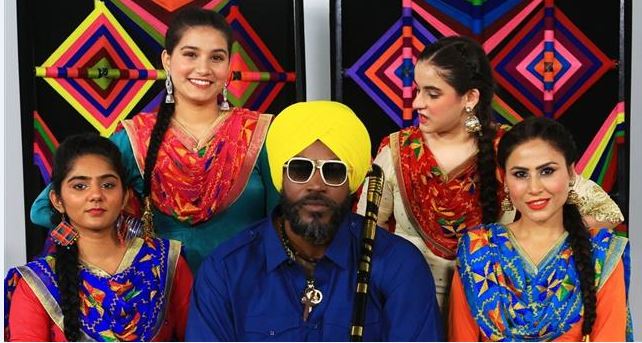 The legendary cricketer is not new to music. He had begun his music career with ‘We come out to party’. He also collaborated with Indian rapper Emiway Bantai for ‘Jamica India’.

PESHAWAR: The flamboyant West Indies cricketer, Chris Gayle, has stepped into the field of music and released the video of his song ‘Punjabi Daddy’.

Sporting Punjabi kurta, dhoti and a turban, The ‘Universe Boss’ had released the audio of ‘Punjabi Daddy’ on September 23, but now he has released the video of the song on his social media accounts. Released last night, the video has garnered several thousand views so far, with users praising Gayle for his love of the Punjabi culture.

The batsman, who has scored the most sixes and runs in T20 cricket, has thanked his fans on Twitter. Gayle is always in the news because of his heart touching movements during matches. He has announced the arrival of his music video with a Twitter post, “loading……” and with the poster of the song.

The legendary cricketer is not new to singing. He had begun his music career with ‘We come out to party’. He also collaborated with Indian rapper Emiway Bantai for ‘Jamica India’. The song has so far secured more than 39 million view of video sharing site, YouTube.  The music video of the Punjabi Daddy is produced by his own music label triple century records.

The biggest entertainer of the cricket and so he is called the ‘Universe Boss’ has already won Pakistanis hearts after his support for Pakistan cricket after the New Zealand team cancelled Pakistan’s tour. He Twitted, “I’m leaving for Pakistan tomorrow, who’s coming with me?” His announcement was a top trend on social media in Pakistan throughout the day.

Pakistanis are hopful to see Gayle in action as the West Indies team chief executive Johanny Grave has announced that the team will honour its commitment and will visit Pakistan. The team is scheduled to play three ODIs and Three T20s in Pakistan in December, this year.