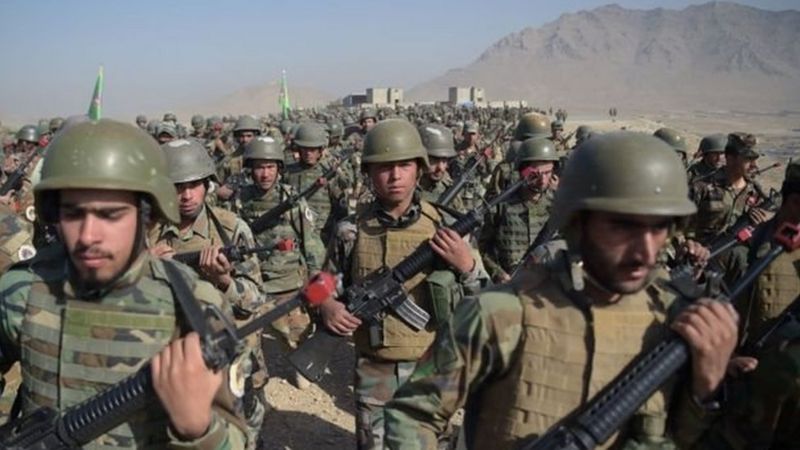 Pakistan’s offer is conditional to the recognition of the Taliban and the inclusion of people of all nationalities in the Afghan army..

PESHAWAR: “Pakistan has offered to help the Afghan Taliban to reorganise and train the Afghan army,” a senior Pakistani military source told the BBC.

The official claimed that the purpose of the recent visit of the Inter-Service Intelligence (ISI) Chief General Faiz Hameed to Kabul was also aimed to discuss this issue. The Afghan Taliban have not yet commented on the matter. However, previously the Taliban had clarified that the ISI chief and the Taliban leadership discussed bilateral issues and Pakistan’s security concerns.

Taliban to bring back cutting off hands as punishment

“Pakistan’s offer is conditional to the recognition of the Taliban by the global community and the inclusion of people of all nationalities in the Afghan army,” the source said.

Another Pakistani military source told BBC: “So far only the issue has been discussed and no detailed strategy has been prepared. Currently, there is no threat to Afghanistan from any foreign country. Therefore, they [the Taliban] need better border force and police rather than the national army.”

Pakistan’s Prime Minister Imran Khan has said he will decide with regional countries whether to recognise the Taliban government.

On August 15, the Taliban took control of the capital, Kabul, without any resistance from the Afghan armed forces. The United States and allies have spent billions of dollars over the past 20 years training and equipping the Afghan army. But in its reports, the US Special Inspector General for the Reconstruction of Afghanistan (SIGAR) criticised the training and capabilities of the Afghan army.

After the fall of Kabul, many US officials, including President Joe Biden, criticised Afghan political leaders and military for failing to resist the Taliban. At the moment, almost all senior Afghan army officials and military commanders are in hiding and their fate is unknown. But Qari Fasihuddin Badakhshani, the army’s chief of staff in the Taliban’s caretaker government, said a few days ago that work was under way to reorganise the Afghan army.