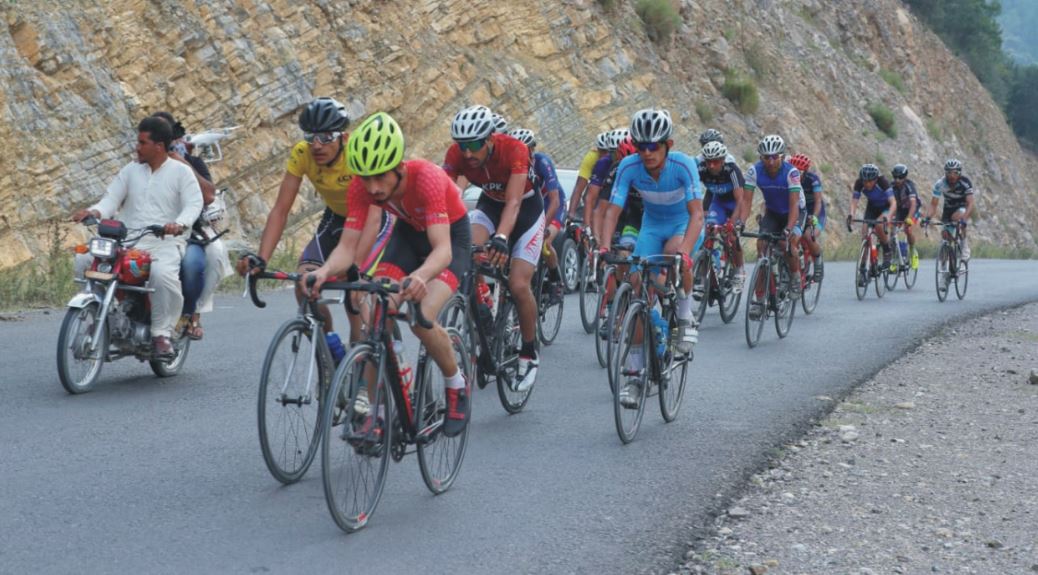 A total of 34 cyclists from all over the country participated in the rally.

PESHAWAR: The Khyber Pakhtunkhwa Culture and Tourism Authority (KPCTA) organized an All Pakistan Cycle Race among the lush mountains of Orakzai district to promote tourism and sports in the tribal districts of the province.

A total of 34 cyclists from all over the country participated in the rally. Khyber Pakhtunkhwa (KP) Culture and Tourism Authority and Khyber Pakhtunkhwa Cycling Association jointly organised the 17.5 km cycle race from Zira to Khawa Dara in Orakzai district. The officials said that the purpose of the activity is to highlight the tourist destinations of the tribal districts and to promote tourism.

“Holding the bicycle race in Orakzai district is a sign of lasting peace,” Ishtiaq Khan said that the purpose of holding the event is to attract tourists to the district and improve the living standards of the locals. Talking to media Khan said, organising bicycle race is the first step for the promotion of tourism in tribal districts. After this, he said, various activities will be organized in different districts while construction of roads, setting up of camping pods, resting places for tourists and other construction works will be carried out to improve the infrastructure.  He said, “From Bajaur to South Waziristan, activities will now be organised to promote tourism.

Deputy Commissioner Orakzai District Muhammad Khalid said that next time, local youth will also be included in the cycle race.