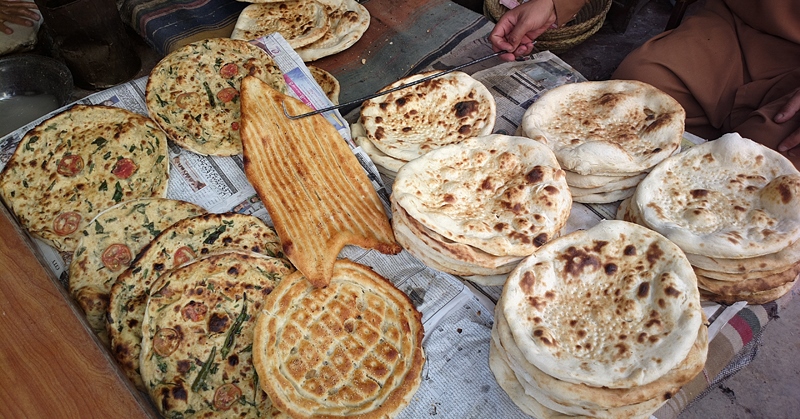 After the price of 20 kg flour bag has increased to Rs1, 100 in the market, nanbais association demanded to increase in roti price.

PESHAWAR: After the price of 20 kg flour bag has increased to Rs1, 100 in the market, nanbais association demanded increase in roti price.

Rambel Khan, the president of the flour dealers association, said that 15 days ago, a 20 kg bag of flour was being sold at Rs1, 150 in Khyber Pakhtunkhwa, while in Punjab, the price of 100 kg of wheat was Rs5, 200 which has increased to Rs6500 which has led to increase in prices in KP. Rambel added that a week ago, Punjab government had cut off supply of wheat and flour to Khyber Pakhtunkhwa. However, on the direction of Prime Minister Imran Khan wheat supply has resumed but the price-hike in Punjab has also led to increase in flour prices in KP.

Khan further said that in Punjab, flour mill owners are being provided wheat at the official rate of Rs5050 per 100 kg, while in KP, 100 kg of wheat is being supplied at Rs6500. He added that the traders were earlier provided government flour at 850 but now at Rs1075. According to Rambel, the price of flour supplied from Punjab to KP has been increased by Rs1,150 to Rs1375 within a week.

Haji Iqbal, president of KP Nanbais Association, said that a year and a half ago, the administration had fixed the price of 150 grams of bread at Rs15. According to Iqbal earlier bakers were being supplied 85 kg flour bag at Rs4800 but now 80 kg bag is available at more than Rs6000. He said that there are 2500 bakeries in Peshawar alone with an average of six employees working in one shop. He warned that if increase in roti price was not made they will be forced to shutdown their shops.