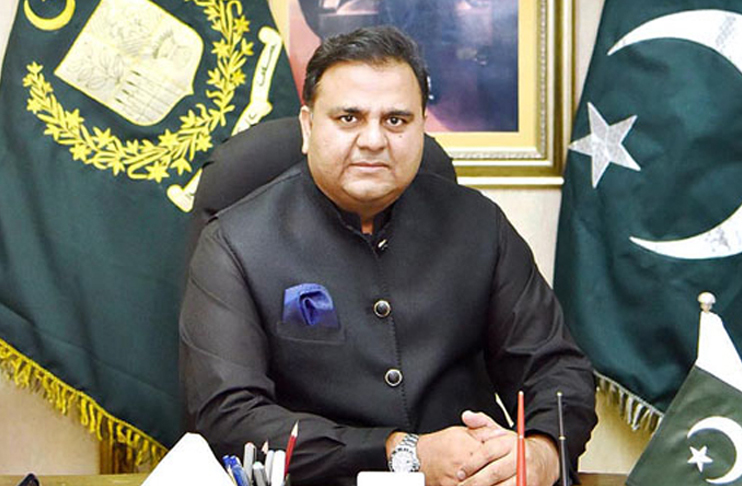 The minister said the decision of appointing the new spy chief will be made after fulfilling necessary constitutional and legal requirements.

Hussain said the decision of appointing the new spy chief will be made after fulfilling necessary constitutional and legal requirements.

Addressing a press briefing after the cabinet meeting in Islamabad on Tuesday, Chaudhry clarified the news circulating on social media regarding civil-military relations, saying, “Prime Minister Imran Khan had a detailed meeting with the Army Chief last night, adding that there is an ideal relationship between the civil administration and Pakistani military. He said that Prime Minister’s Office will never take any step that would tarnish the image of Pakistan’s armed forces.

The minister said that appointments are made on the basis of broad-based consultation. “I am happy that the Pakistan mainstream media has not sensationalized the issues of DG ISI appointment. I urge the media to confirm every news on social media before giving it coverage in mainstream media.”

The Information Minister said that the cabinet was briefed on the introduction of electronic voting machine and granting the voting right to overseas Pakistanis. Replying to a question, he said that Shaukat Tarin was engaged in talks with the IMF these days, his candidature for the Senate elections had been discussed and he would continue his work in accordance with the constitutional and legal procedures.

Replying to a question, there are issues in Balochistan, however, the government is making efforts to move things ahead in accordance with the political and constitutional process.