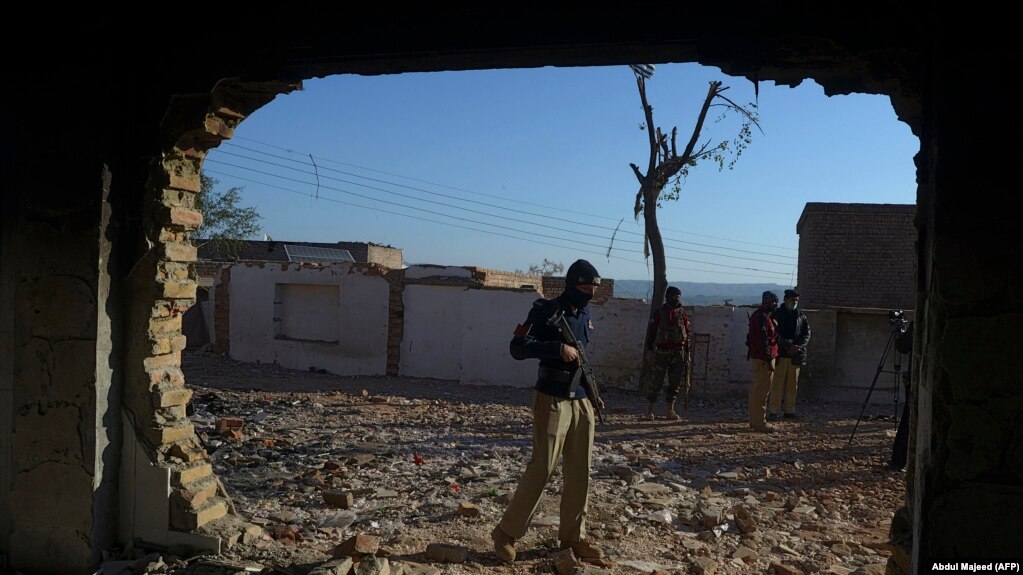 The Supreme Court, while hearing suo motu notice regarding the Karak temple attack by angry mob ordered to recover funds for the reconstruction of Hindu temple from the accused within a month.

PESHAWAR: The Supreme Court of Pakistan, while hearing suo motu notice regarding the Karak temple attack by the angry mob, ordered to recover funds for the reconstruction of Hindu temple from the accused within a month.

During the hearing on Wednesday, the court ordered the Chief Secretary Khyber Pakhtunkhwa (KP) “to recover Rs30 million in a month from the accused.” However, the KP advocate general Shumail Ahmad Butt opposed the decision, saying that they are still under trial, thus, under the law they cannot take such action against any accused. “What if someone is found innocent after the trial?” Butt argued.  On this, Chief Justice Gulzar Ahmed said, “It is a court order and must be implemented.”

‘University in Prime Minister’s House to complete in 72 months’

On this occasion, Ramesh Kumar said that after the Karak temple attack, the street leading to the temple has been closed and the Hindus were told to talk to local religious leaders. On this chief justice said, “If the ulema interfered again, we will deal with them as well. The minority community can expand the place of worship on their land as much as want.”

The Supreme Court has adjourned the hearing of the case for a month.

Last year, angry locals stormed and vandalized a historic Hindu mausoleum and temple in Teri, a small village in Banda Daud Shah Tehsil, Karak District, Khyber Pakhtunkhwa Province. The Supreme Court has taken sou moto notice of the attack and had ordered that funds for the reconstruction of the temple should be recovered from the people involved in the attack. However, since the case was under trial, the provincial government has not taken any step in this regard.

A local police official told the media that expansion work was underway on the Hindu Samadhi, against which locals had been protesting for the several days. According to the police official, 70 to 80 members angry mob stormed and vandalized the area under construction temple on 30th December 2020. The accused were granted bail after the Hindu community reached an agreement with the locals.