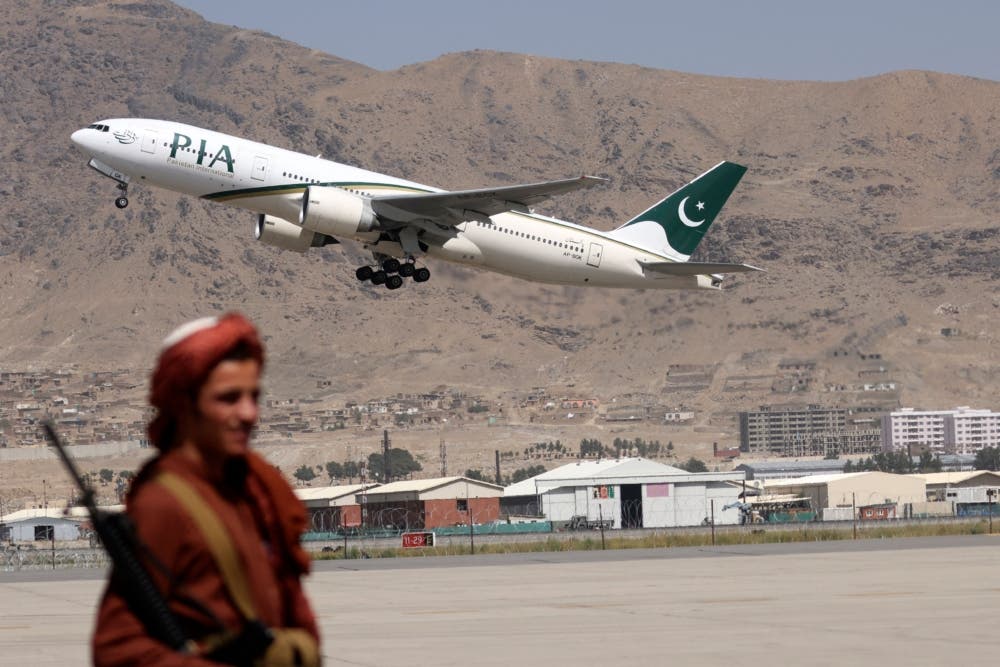 The announcement to stop flight operation for Kabul came after Afghan Civil Aviation Authority (ACCA) asked airlines to keep ticket prices at the rates before August 15, 2021, otherwise their operations would be suspended. But a spokesman the PIA said that the flights to Kabul has been suspended due to “inappropriate behavior” of the Taliban. “The air operation for Kabul has been suspended indefinitely due to inappropriate behavior of the Taliban and unfavorable conditions for foreign airlines in Kabul.”

“The Taliban’s attitude is so aggressive and unprofessional that the Afghan civil aviation authority introduce new policy on a daily basis that was hampering PIA operations,” media has quoted a PIA official. A PIA spokesman also made it clear that said that planes will fly to Kabul without insurance, adding that last-minute changes by Afghan authorities were a major reason for the closure of the flight operation. Zabihullah Mujahid, the Taliban government’s spokesman, also confirmed that he had asked PIA and Kam Air to suspend flight operations after the failure to keep their ticket prices at the rate before August 15.

The PIA spokesperson Abdullah Khan said the PIA evacuated about 3,000 people in view of the changing situation in Afghanistan but now the flight operation has been suspended due to security issues. According to the PIA, journalists from the United Nations, the World Bank, the International Monitory Fund (IMF) and other international organizations and international media organizations have been evacuated though the PTI crew was under high risk after the Taliban takeover on 15 August. The PIA has started commercial flights to Kabul from Afghanistan on September 13 when PK-6429 departed from Islamabad carrying World Bank officials and journalists.