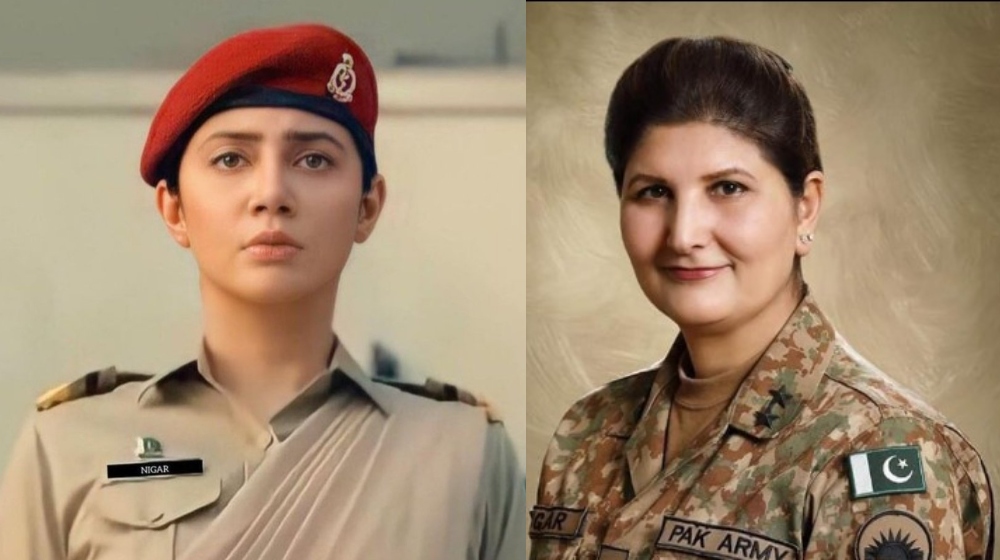 Mahira Khan, who plays a female lieutenant general in the film, shared the trailer on her Instagram account, saying that film highlights Nigar’s achievements, from her childhood’s dream and proving her dream to become the Army Doctor. The tele-film pays homage to the challenges, difficulties and successes faced by Lt. Gen. Nigar Johar during her entire career. Mahira Khan wrote, “So grateful to the universe for this. This experience, this role, this time… I hope and pray that we did justice to Gen Nigar’s life and legacy.”

Actor Bilal Ashraf has played the role of Gen Nigar’s husband, Johar Ali Khan, who is also serving Pakistan Army. The tele-film, based on a true story, shows how Pakistan’s first female lieutenant general had the complete support of her husband. Sharing the first poster of Bilal, Mahira Khan said, “If you ask Gen Nigar about Sir Johar, she will always reply with a smile on her face and tears in her eyes. Johar Ali Khan – The man behind the legend of a woman.” The actress thanked Bilal and wrote that he has played a very important role, one which Gen Nigar was most particular about. You put in so much heart and soul into this.

Model Khushhal Khan is playing the role of General Nigar’s brother – Shahid – in the telefilm. Mahira wrote that Lt Gen Nigar has had many supportive people in her life but none of them compare to a piece of her heart, her brother – Shahid. She added that no one except Khushhal could have done it better.

The telefilm is written by Umairah Ahmed, with the support of Pakistan Army Public Relations Department, and directed by Adnan Sarwar under the banner of Nina Kashif and Mahira Khan’s production house.

‘Ek Hai Nigar’ will be aired on ARY Digital on October 23.

Who is Lt Gen Nigar?

Who is Lt Gen Nigar?

Lieutenant General Nigar Johar is native of Panj Pir village inKhyber Pakhtunkhwa’s Swabi District. She is a graduate of Army Medical College, Rawalpindi, with MCPS in Family Medicine, MSc in Advanced Medical Administration and Masters in Public Health. Currently, she is the surgeon General of the Pakistan Army and has vast experience in administrative and leadership fields.