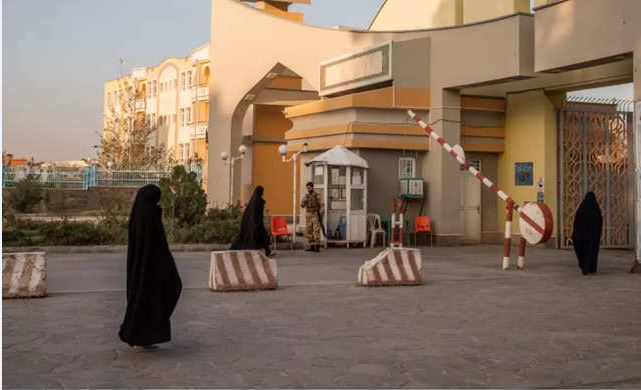 PESHAWAR: Despite the resumption of classes at some private universities in Kabul, the Taliban leadership has urged these universities to regulate their activities in accordance with the islamic emirate’s policy.

The Taliban spokesman and Deputy Minister of Information and Culture, Zabihullah Mujahid, said that the Taliban leadership had instructed the Minister of Higher Education at a cabinet meeting to take strict action and close all universities, including private ones, if they violation the Taliban’s policy.

This comes after the Taliban’s acting higher education minister announced a new education policy for Afghanistan. Abdul Baqi Haqqani had said that under the policy, girls and boys could study in one university but they should have separate classes. He told reporters in September that state universities would reopen soon after they making separate arrangements for girls ‘and boys’ classes. Taliban officials have said they will not repeat the policies of their previous government, which barred girls from schools and work. The Taliban have promised that girls will be able to continue their education in separate classes soon.

On October 11, United Nations (UN) Secretary-General Antonio Guterres slammed the Taliban for “breaking” commitments with the international community regarding the Afghan women and girls A statement issued by the United Nations Assistant Mission for Afghanistan (UNAMA) quoted Guterres as saying that he had called on the global community to provide more assistance to Afghanistan in order to save the country from falling into economic crisis.