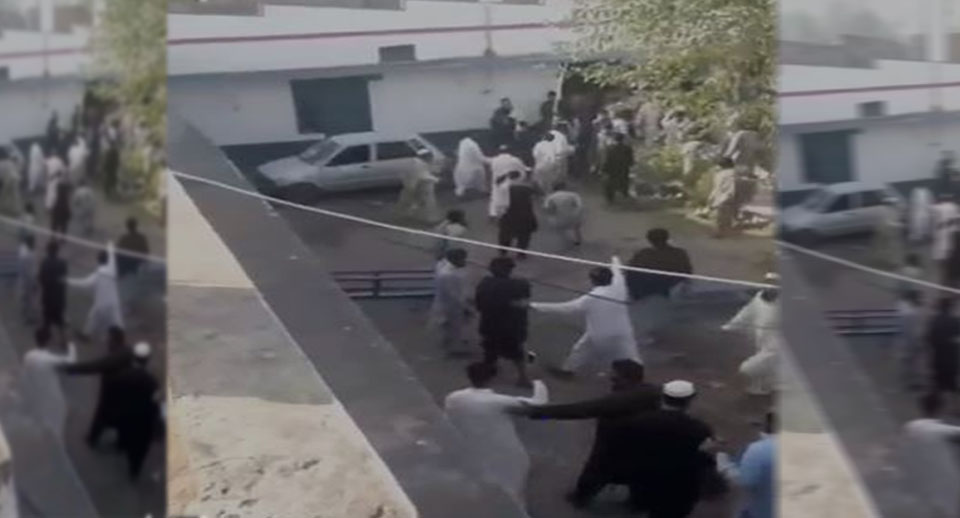 An angry mob stormed the Urmar police station on the outskirts of Peshawar on Wednesday morning.

PESHAWAR: An angry mob stormed the Urmar police station on the outskirts of Peshawar on Wednesday morning.

The mob gathered outside the police station after the joint operation by the police and security forces to curb aerial firing during wedding ceremonies. The mob damaged government properties and chanted slogans against the KP [Khyber Pakhtunkhwa] police.

The police official said that because of the heavy aerial firing, a citizen Zafar Ali was critically injured. He was rushed to hospital but succumbed to his injuries. After Ali’s death, a joint operation was launched by the police and other security forces to arrest the culprits.

But the locals accused the police of arresting innocent people and gathering outside the police station. The attacked the station and damaged government properties. The police official said that a case has been registered and further investigation is underway.