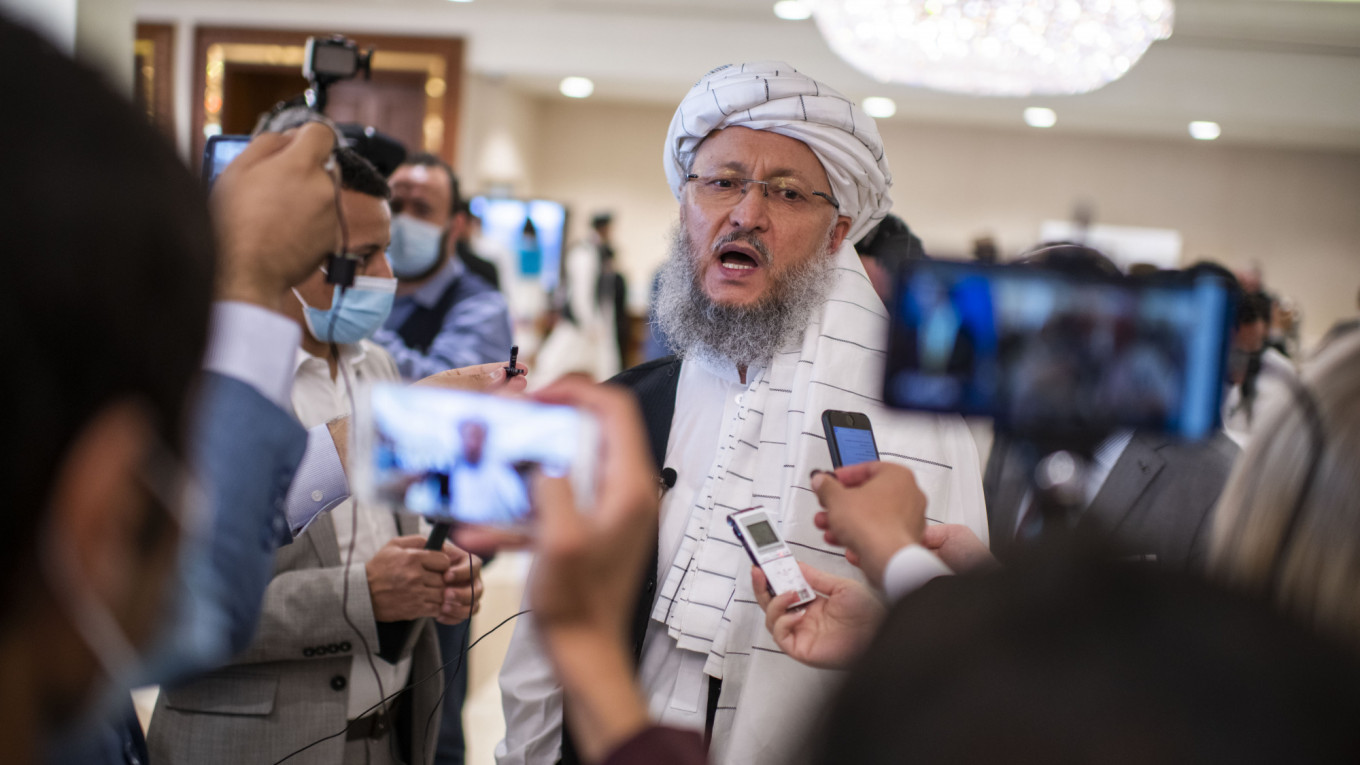 After warning against the IS threat, Moscow is hosting the representatives of 10 countries including China and Pakistan for talks with a high-level Taliban delegation to “coordinate international efforts to end the humanitarian crisis in Afghanistan.”

PESHAWAR: After warning against the IS [Islamic State] threat, Moscow is hosting the representatives of 10 countries including China and Pakistan for talks with a high-level Taliban delegation to “coordinate international efforts to end the humanitarian crisis in Afghanistan.”

The United States has declined to participate as it believes that Russian wants to increase its influence in Central Asia and Afghanistan through such conferences. Washington has announced its decision just before the resignation of its special envoy to Afghanistan.

But Moscow said that the purpose of the conference was to take action against so-called IS and avoid further crisis in Afghanistan. Last week, President Putin warned that ISIS fighters were gathering in Afghanistan and also threat peace in central Asian countries. After the Taliban takeover, Moscow held military exercises in Tajikistan to bolster efforts and military bases to counter the IS threat.

The ISIS has continued its attacks against the Taliban and Afghanistan’s Shia population. Recently, hundreds of people were killed in suicide attacks during Friday prayers in Kunduz and Kandahar. The Taliban’s vehicles also came under the ISIS attack. But the Taliban claim that it will formulate an effective strategy to eliminate the IS hideouts.

Russian Foreign Minister Sergey Lavrov will address the conference. Lavrov has assured that Moscow wants an inclusive government and coordinated efforts to avoid humanitarian crises in Afghanistan. Brussels has already announced $1.2 billion in aid to avert the possible humanitarian crisis in Afghanistan. He has said that a joint statement will be issued after talks with the Taliban.

It will be Taliban’s first major international meeting with leading regional countries after taking control of Afghanistan on 15 August. The Taliban delegation will be led by Deputy Prime Minister Abdul Salam Hanafi. He has earlier represented the group in talks with US and the European Union. Though Russia has declared the Taliban a terrorist organisation, but recent it has hosted the group leaders. However, Moscow has hosted the Taliban hosted Taliban representatives several times in recent years for “peace in the region.”