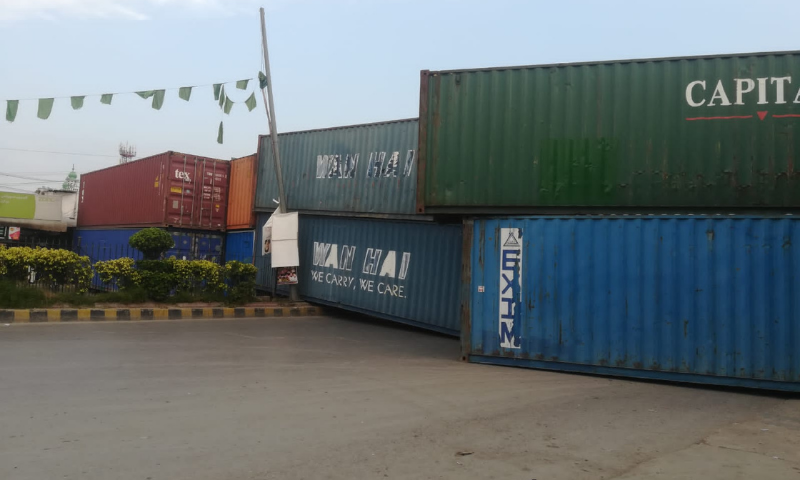 After the failure of talks, the banned Tehreek-e-Labbaik Pakistan (TLP) has started long march from Lahore to Islamabad.

PESHAWAR: After the failure of talks, the banned Tehreek-e-Labbaik Pakistan (TLP) has started long march from Lahore to Islamabad.

“The government has not accepted any of our demands. Thus, we have decided to march on Islamabad,” Sajjad Saifi, central spokesman for TLP told the media on Friday. Earlier the provincial law minister Raja Basharat and Senator Ijaz Chaudhry held dialogues with TLP leadership but failed to disused the protesters from swarming in the federal capital.

The security arrangements have been tightened in the federal capital and Rawalpindi. Police and administration have closed the roads on Friday morning. Road closures have caused traffic jams in many places, causing severe hardship to commuters between the twin cities. The Islamabad Traffic Police has requested people to travel by alternative routes. The metro bus service between the twin cities has also been suspended.

Interior Minister Sheikh Rashid said, “If Pakistan Democratic Movement or the TLP violated law and damaged government properties, the government will take strict action against them.” Sources said that Punjab police has also arrested several of key activists in crackdown against the banned organisation. The government has suspended internet service in most parts of Lahore and deployed a heavy contingent of police on the city’s main thoroughfares. Beside the police, Punjab Constabulary has also been called to Lahore. The district government has also placed more than 100 containers on various streets of the city.

Meanwhile, roads have also been closed by placing containers at five places around the ongoing TLP sit-in. The TLP activists have staged a sit-in on Multan Road in Lahore, demanding the government to release their leader, Saad Hussain Rizvi. Rizvi was detained under the Terrorism Act 1997 on April 12 this year after his party staged massive protests against blasphemous sketches demanding the government to expel the French ambassador. In addition to vandalism, police Officers were also killed during the protests. The Lahore High Court on 1 October ordered his release but the federal government challenged the verdict in Supreme Court.