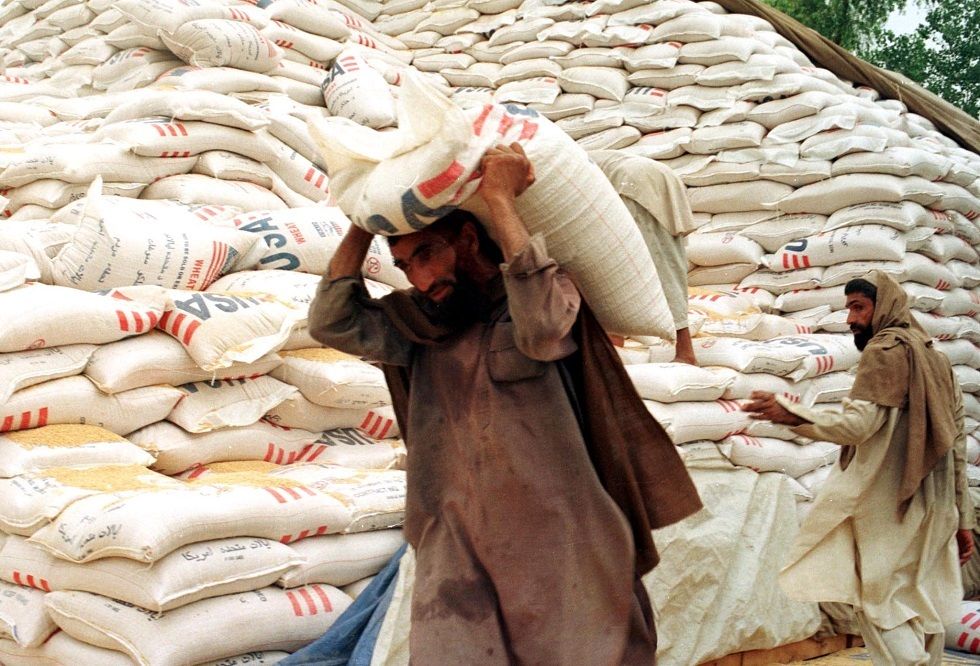 PESHAWAR: The Taliban government have come up with a unique “food-for-work” program to fight hunger, rising unemployment and poverty in Afghanistan.

EU plans to open diplomatic mission in Kabul with a month

Addressing a news conference, the Taliban’s deputy information minister and official spokesman, Zabihullah Mujahid said that “food for work” program will be launched in all major cities and villages of Afghanistan. “The program will benefit 40,000 people in the capital Kabul alone,” Mujahid said. The spokesman said the “food-for-work” initiative would play a key role in reducing unemployment and poverty.

Zabihullah Mujahid inaugurated food-for-work program at Rīsh Khōr in Kabul. Agriculture Minister Abdul Rehman Rashid, Kabul Mayor Hamdullah Nomani and other officials were also present on the occasion.  According to AFP, the Taliban government has allocated 11,600 tonnes of wheat for the capital and 55,000 tonnes for other parts of the country, including Jalalabad, Herat, Kandahar and Mazar-e-Sharif.

“It would be an important for fighting hunger and employment in the war-riddled country,” Mujahid during the news conference. He urged Afghans to work hard to steer out the country from the current crisis. The scheme will not only target daily wagers but all those people who are unemployment and in the risk of hunger.

After the Taliban takeover on in the mid of August the international community has stopped aid and seized billions of dollars Afghanistan’s assets. Though there is a relative peace now but now the Taliban-led war-riddled country is facing poverty, outages and droughts.

According to media reports, to fight humanitarian crisis, the European Union (EU) intends to reopen its diplomatic mission in Afghanistan within a month. The EU’s diplomats would return to Kabul after three months since their evacuation from the country because of the Taliban’s takeover.