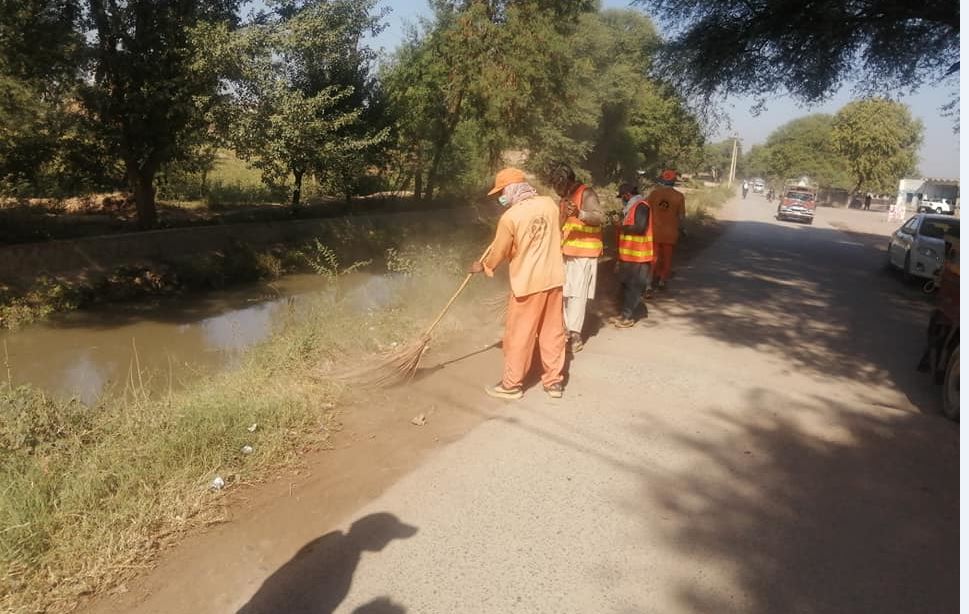 The announcement was made during a ceremony where MNA Nasir Musazai, MPA Engineer Fahim Ahmad and Chief Executive Officer WSSP Dr Hassan Nasir inaugurated launching of the operation.  A committee comprising WSSP officials and local elders was formed to identify points for placement of waste containers.

Zonal Manager Engr Turab Shah, while highlighting different aspects of services, said, “If locals want to see their streets clean, they should play a due role by throwing waste at designated points,” he said. He informed them that timings as how and when people should take waste out of their houses, points and operations plan will be shared with locals.

Lauding the company for its role in sanitation and water supply services, Engr Fahim said that sanitation was a collective responsibility and assured WSSP that locals would cooperate with them.  He urged the masses to play their role in keeping front of their houses and streets clean. “The perception that you throw waste all over and expect WSSP to come and dispose it will not work,” he said.  He said that non-biodegradable shopping bags and materials were extremely dangerous for environment and agricultural lands and urged the masses to pack and dump it at designated places.

Manager Citizen Liaison Cell Muhammad Ismail said that the company also launched awareness drive in the union council to persuade the community to play their role in ensuring cleanliness of their surroundings. He said that awareness drive would be launched to sensitize masses about waste picking timings and their responsibilities in keeping their localities clean.

Keeping in view performance of WSSP, the provincial government has approved expansion of its services to 23 more union councils. The company was already providing sanitation and water supply services in 43 urban union councils. Now it will also operate in semi-urban and rural areas of Peshawar.