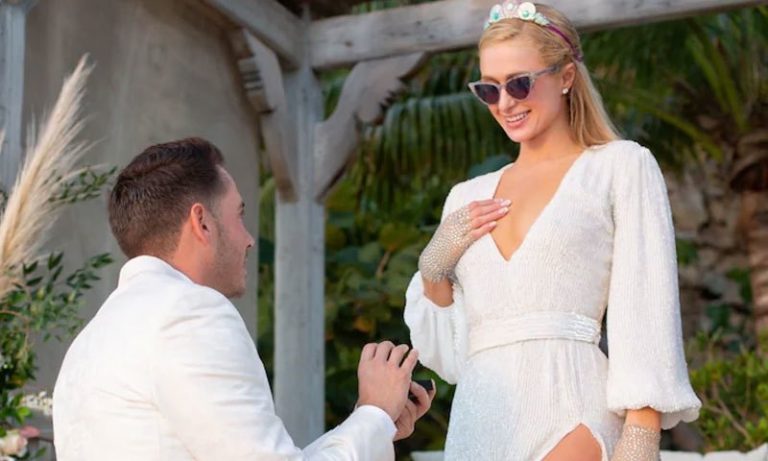 Paris Hilton and Carter Reum got engaged in February, this year on the occasion of the actress’ 40th birthday. According to international media, the singer got married in Los Angeles in the presence of relatives and friends. After the wedding, a photo of the beautiful bride was shared on Instagram with a caption “Forever”.

Many well-known showbiz, political, social and business personalities have commented on Paris Hilton’s post and congratulated her on starting a new life. The American singer has been engaged twice before, but both her engagements were broken up a year before the marriage.

Paris Hilton wore four dresses on different occasions on her wedding day. Many important Hollywood stars also attended the wedding ceremony. “Carter and I have been friends for the last 15 years and now we are married,” said Paris Hilton.