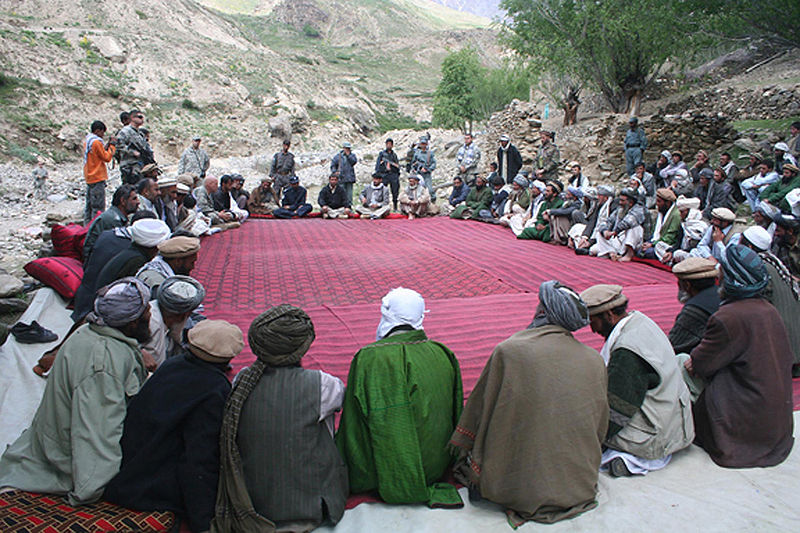 PESHAWAR: In a bid to end the “unIslamic” and “illegal” customs and traditions during marriages and funerals, a jirga in Swat has launched a campaign and called a grand jirga of politicians, elders and social activists to implement the decisions.

The jirga, held in lower Darshkhela area of Matta on 15 November, said that the step was taken to contain the tradition of lavish expenditures on weddings which has made it almost impossible for low-income families to arrange marriages of their children. The elders have constituted special committees to implement the decision and create public awareness. “The bride will wear simple dress, there should not be more than five vehicles in Baraat and firework will be completely banned,” read the edict.

The jirga was led by local elder Khadim Ullah in which elders from the entire tehsil participated. The announcement further said that under the islamic teachings, “Only dates and cold drinks should be served at nikah time and mehar should be kept as minimum as possible.” The write agreement said that walima should be in accordance to the financial status of the family while there should be further formalities and undue expenditures after the marriage day. “Celebrations on the 7th day of the wedding must be avoided,” the statement said.

It was decided that no sweets should be served to guest with tea on the occasion of deaths and no one will be allowed spend on birthday celebrations. The elders also directed women not to pay more than Rs500 while congratulating on the child birth.

The jirga decided that religious scholars, politicians and all tribal elders would be taken into confidence to launch full-fledge campaign against illegal and un-islamic customs and traditions. The jirga also decided to call a grant jirga soon to implement the jirga decisions throughout the Swat district.