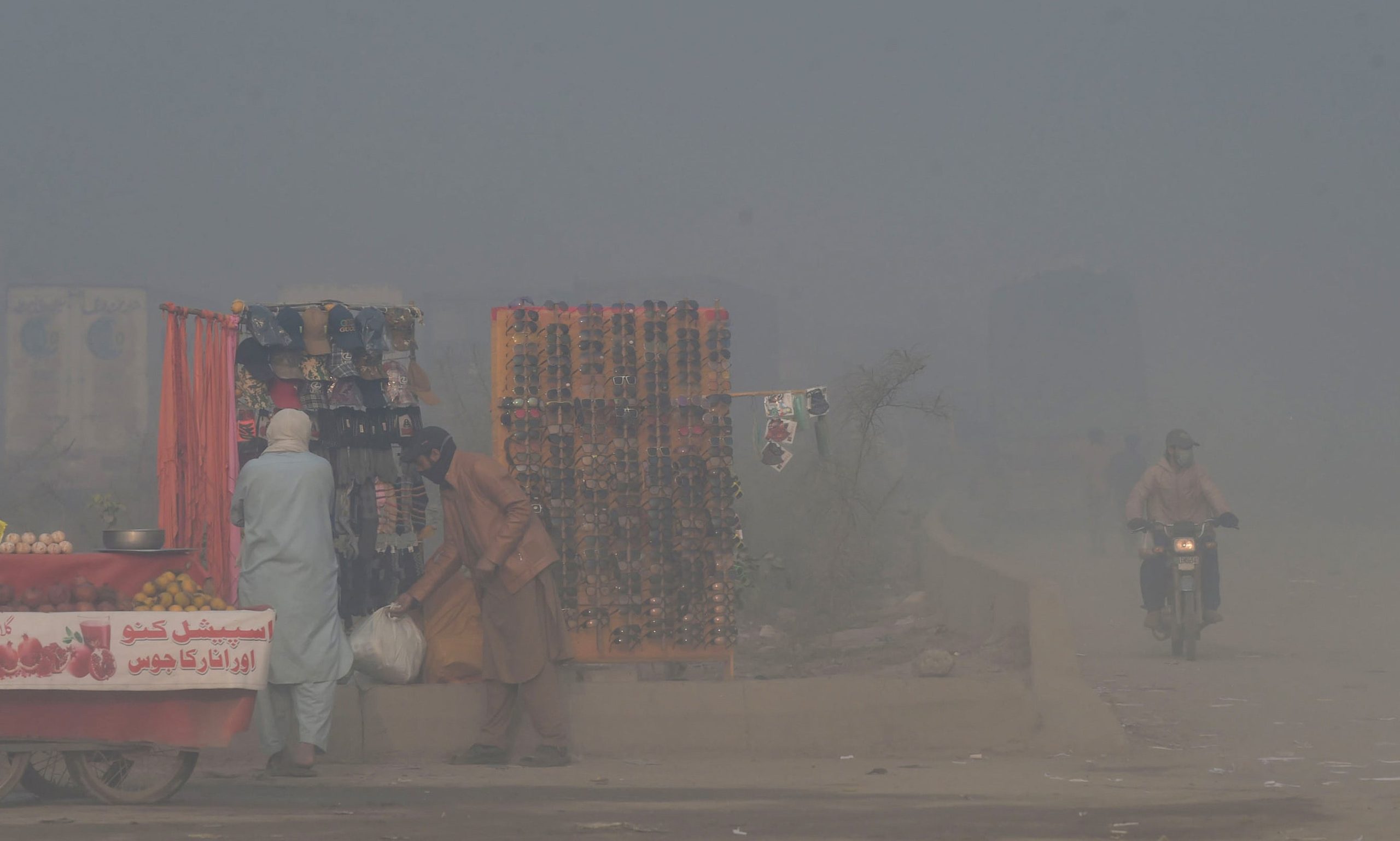 Dense smog and fog continue to cripple life in major cities of Punjab province, especially in Lahore which has recently topped the global ranking with the most polluted city the world.

PESHAWAR: Dense smog and fog continue to cripple life in major cities of Punjab, especially in Lahore which has topped the global ranking as the most polluted city the world.

On the rising air pollution, the Lahore High Court (LHC) has directed the provincial government to take immediate steps to control smog. While hearing a petition filed by Lahore residents, the LHC Chief Justice Shahid Karim directed the government to issue a notification of 50% staff attendance in private offices for the next seven days to protect citizens from smog effects.

Over 868 markhors disappeared ‘mysteriously’ in Chitral

The Punjab judicial Water and Environment Commission presented a plan to the court to deal with smog on emergency grounds. The court rejected the proposal to close schools in affected areas and order the PDMA to set up a smog crisis room which would meet on a daily basis. Similar crisis rooms should be set up in Gujranwala and Faisalabad divisions.

The smog first started in Pakistan in 2016, especially in Punjab. Then a plan submitted to the LHC but the plan was never implemented. Experts say there are a number of factors are behind the rising smog which also includes emission from factories. Environment exports believe that moisture, dust and smoke combine to form smog which causes various diseases including lung diseases, high blood pressure, mental stress, skin diseases, respiratory diseases and eye diseases. A recent research has found that smog from factories, vehicles and brick kilns, construction work and burning of crop residues are the main causes of air pollution.

Lahore is the most polluted city in the world Air Quality Index (AQI) of 367. In the national list, eight cities of Punjab are the most polluted. Sahiwal came first with 453 AQI, Faisalabad came second with 424 AQI and Lahore came third with 306 AQI, Bahawalpur 235 AQI, Gujranwala 232 AQI, Raiwind 225 AQI and Rawalpindi 182 AQI. Kot Lakhpat area of ​​Lahore has recorded 509 AQI. The federal capital Islamabad is on 8th with 162 AQI. Karachi is on ninth with 160 AQI.

According to the Meteorological Department the smog may increase in the coming days and if this situation continues then the fog will start soon. The met office said that in the first week of December, there may be rain in different cities which could help ease the thin blanket of smog.