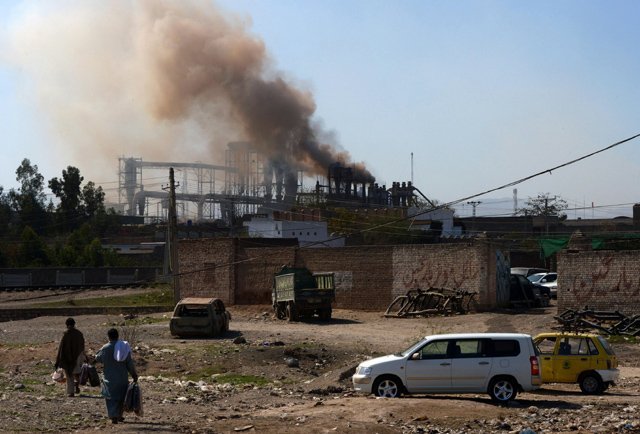 The agreement was reached during a meeting between Industrialists Association Peshawar President Malik Imran Ishaq and Special Assistant to Chief Minister on Commerce and Industry, Abdul Karim Khan on Tuesday.

Lahore continues to wheeze under blanket of dense smog

The participants of the meeting discussed the reports presented by senior officials of KPEZDMC and Environment Protection Agency (EPA). They suggested a number of proposals to tackle the pollution by using latest technology. It was decided that KPEZDMC will hire technical in seven working days, who would visit chipboard industrial unit to consult and prescribe a standardized low cost and high efficiency system to the industry(s) for control of pollution to meet the national environmental standards.

It was also agreed that a sub-committee (under this committee) be constituted to examine the overall EPA and its articles on plastic bags. This sub-ordinate committee may hire a technical consultant who would consult in up-gradation of existing machines and systems of plastic bags production for the purpose of changing the nature of finished product, if possible, the meeting said.

The meeting decided a review meeting will be held on November 29, next week. Earlier, Special Assistant to Chief Minister (SACM) Abdul Karim Khan conducted an inspection during a visit to chipboard industries.