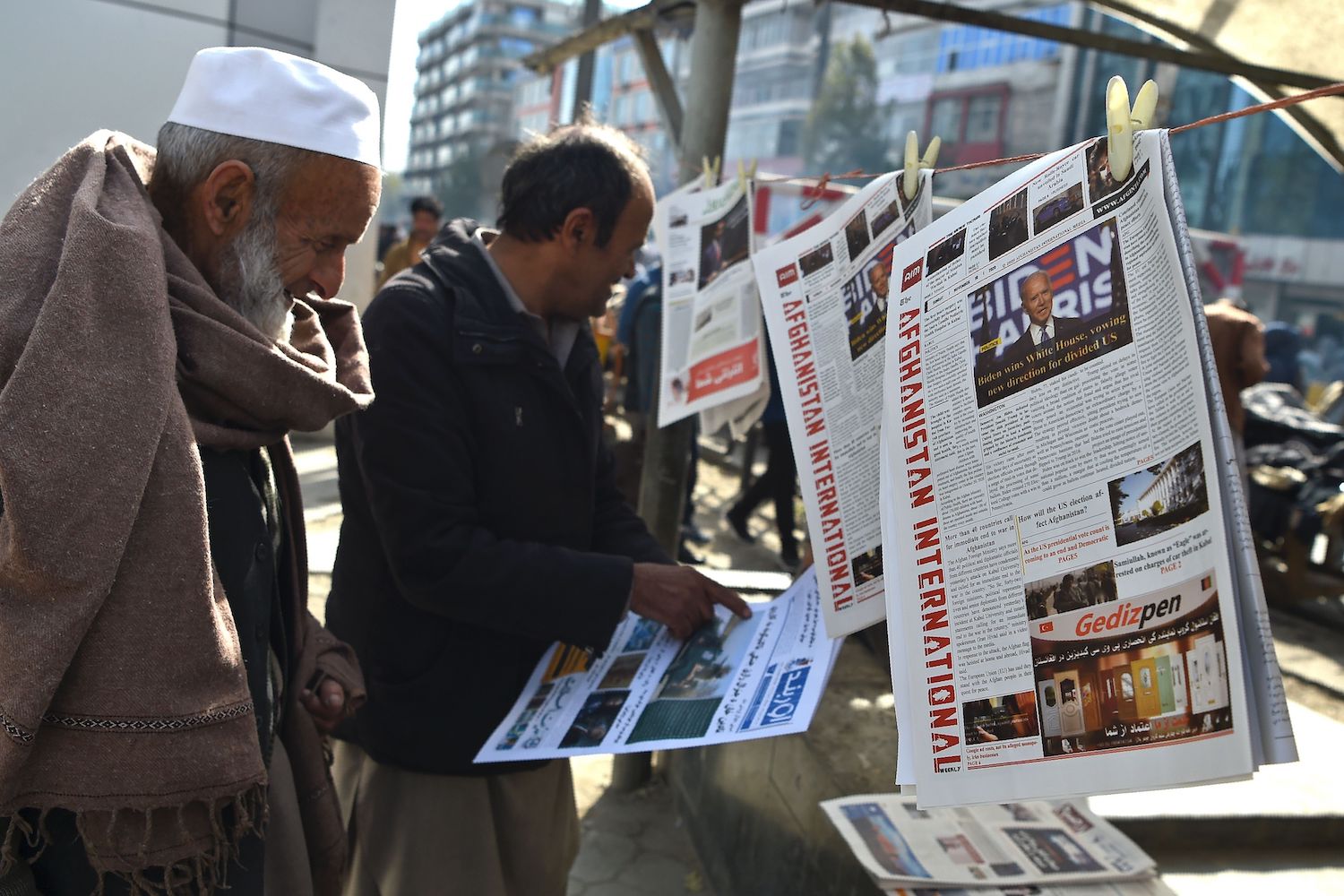 Nai also says that more than 70 percent of media workers and journalists have lost their jobs or left the country during this period.

PESHAWAR: Nai, an organisation that supports free media in Afghanistan, said that more than 257 media outlets have been shut down in Afghanistan after the Taliban takeover due to restrictions and economic problems.

Nai also says that more than 70 percent of media workers and journalists have lost their jobs or left the country during this period. “The Taliban also introduced a new set of rules for the media last week, asking television stations not to air serials with female actresses. Female anchors were asked to wear hijab,” said the report.

‘Hundreds flee Afghanistan under the guise of journalists’

Officials associated with different media organisations said that if restrictions imposed by Taliban were fully enforced many TV channels and newspaper will be forced to close their doors. Hujjatullah Mujaddedi, a member of the Afghan Federation of Journalists, told BBC that the new restrictions on television were unexpected that could lead to the closure of some channels.

Reporters Without Borders has spoken out against the recent restrictions imposed on the media by the Taliban, while the Taliban has said it is propaganda and female journalists can return to their jobs. According to the Reporters Without Borders, the removal of women from television and forcing women to wear hijab by female is against the basic rights.

Meanwhile, Human Rights Watch alleged in a recent report that some Taliban officials are threatening journalists in Afghanistan. The group said Taliban intelligence officials had threatened to kill journalists who criticised them and told them to seek their approval before publishing any report.

Patricia Gassman, the Asia director at Human Rights Watch, said the new restrictions imposed by the Taliban on the media aim to quell criticism of the Taliban’s rule. Some reporters told the organisation that they had been summoned by local Taliban officials immediately after reports of Taliban abuses published. But the Taliban have denied such allegations in the past, saying the media has the freedom but it must respect religious values ​​and Afghanistan’s cultural sensitivities.