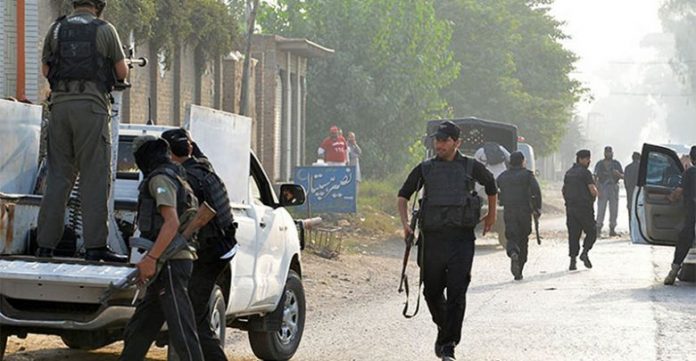 The police had said that two policemen were killed when unidentified persons opened fire on police party during a search operations in Phase 7 area of ​​Hayatabad.

PESHAWAR: The Peshawar Police on Wednesday claimed to have arrested the accused behind the attack on police force in Hayatabad.

The police had said that two policemen were killed when unidentified persons opened fire on police party during a search operations in Phase-7 area of ​​Hayatabad.

The police said that they were informed about the presence of anti-state elements in the area within the jurisdiction of Tatara police station. The police added that an operation was launched for their arrests but when the police entered the house in phase-7, the accused opened fire on them as a result two policemen were killed on the spot. The police added that seven suspects have been arrested along with weapons from the area and further investigation is underway.

The operation conducted on Tuesday night within the jurisdiction of Hayatabad’s Tatara police station. The victims were identified as Assistant Sub Inspector (ASI) Riaz Khan and Constable Jaffer. There funeral prayers were offered at the police line in which Inspector General of Police (IGP), Moazzam Jah Ansari, Capital City Police Officer and other police officers and soldiers participated. After the funeral prayers with state honour in the police lines, the bodies of the martyred personnel were sent to their native places.

Yesterday, the Khyber Pakhtunkhwa Inspector of Police Moazzam Jah Ansari claimed to have identified the groups involved in the recent targeted killings of police personnel in various areas of the province. Talking to media after the funeral prayers of police officer Amjad Khan, who was targeted on 22 November in Peshawar’s Badhabir area, Ansari said that the elements involved in the incident will be brought to justice soon. Ansari said, “The police is now close to the groups and will be brought to justice after completing investigation.” 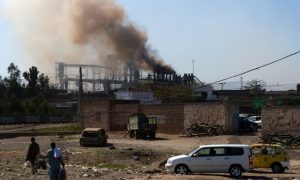