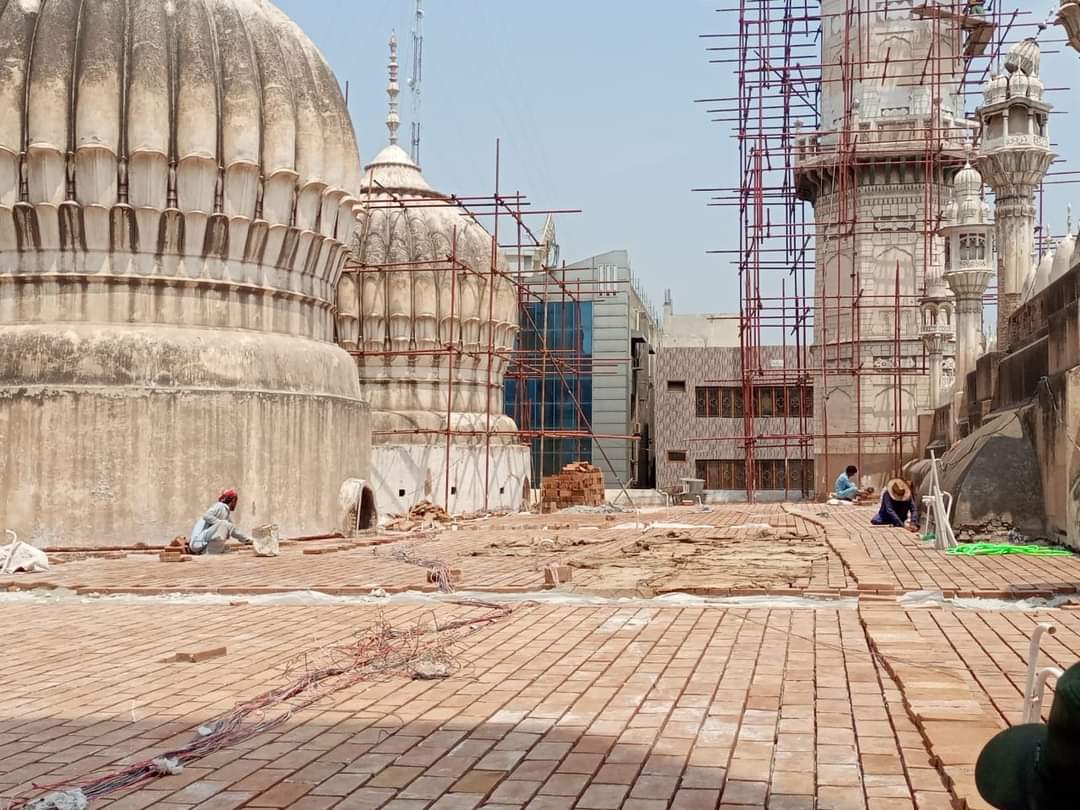 There are 46 shops on both sides of the mosque. The archaeological department has already launched the projects to restore the mosque in its original condition.

PESHAWAR: The Khyber Pakhtunkhwa Auqat department has decided to launch an operation to vacate 46 shops around the Masjid Mahabat Khan to pave way for the archaeological conservation of the historic mosque.

According to Secretary Auqaf Khayyam Hassan Khan, shopkeepers have been issued notices on 2 November to vacate the area within a month. He said the archaeology department has declared a large portion of the mosque dangerous because of these shops.

There are 46 shops on both sides of the mosque. The archaeological department has already launched the projects to restore the mosque in its original condition.

Mahabat Khan was built in 1670 during the Mughal rule. However, some historians believe that it was built in 1630 during the reigns of Mughal rulers Shah Jahan and Aurangzeb Alamgir. According to historians, the Mughal Governor Mahabat Khan, had built the mosque on the style of the Badshahi Mosque in Lahore. Historians said that he has supervised the construction work that is why the mosque was named after him.

The interior of the mosque is decorated with red geometric designs and beautiful floral motifs. The walls and domes are adorned with carvings reflecting Mughal architecture. The interior and exterior of the mosque are adorned with floral motifs and Qur’anic calligraphy. However, because of the oppression of time, the imprint of craftsmanship on its walls and doors has now faded and the beautiful patterns of workmanship are disappearing.

The government declared the mosque as national heritage in 1982 and was handed over the auqaf department. In October 2015, the earthquake caused severe damage to one of the minarets of the mosque and partially damage to the other.