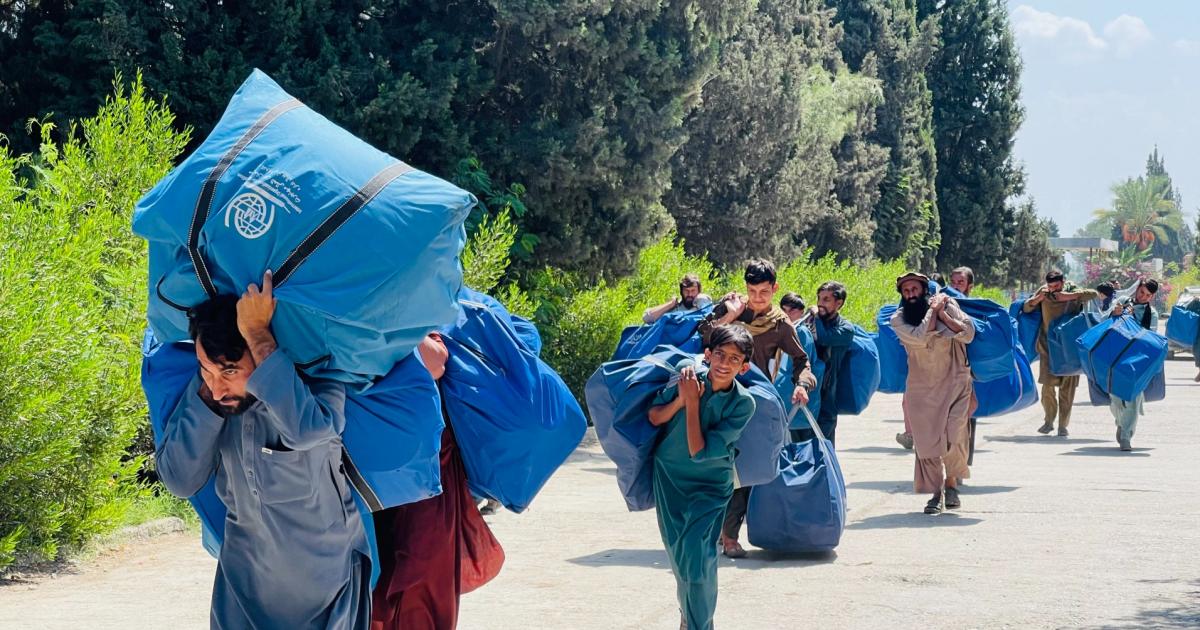 The IOM did not specify who was interfering in its operation in Afghanistan.

PESHAWAR: The International Organization for Migration (IOM) has urged to end interference in its affairs in Afghanistan so that its extend the mission to reach out to those in need impartially.

The IOM did not specify who was interfering in its operation in Afghanistan.

The organisation said in a statement late on Friday, “We will continue to operate impartially and without hindrance so that our partners and staff would be able to help women and all those in need in Afghanistan.”

Taliban called on int’l community to open embassies in Kabul

Over 257 media outlets shut down after Taliban takeover

The IOM also stated that it is committed to provide assistance to Internally Displaced Persons (IDPs). The organisation said this week that more than 5.5 million people have been forcibly displaced in Afghanistan so far. According to the International Organization for Migration, more than half a million people have been displaced this year alone. The IOM added that delivering humanitarian aid to displaced families in Afghanistan is a priority.

According to the report, the organization has provided humanitarian assistance to 93917 needy Afghans since November 5 to 1 this year. The United Nations says the number of people living near famine in Afghanistan has risen to 8.7 million, up from three million earlier this year.

The World Bank has ruled out resuming aid to Taliban-led Afghanistan, saying it could not even imagine working in a devastated economy.

According to the International media, World Bank Chief David Malpass told the Center for Strategic and International Studies that financial aid to Afghanistan had been suspended since the Taliban takeover on 15 August and that immediate recovery of the economy was unlikely. The World Bank chief added that the biggest obstacles to the resumption of aid are the uncertainty, poor economy, ineffective payment system and that the current Afghan government’s efforts to address the issues are “insufficient”.