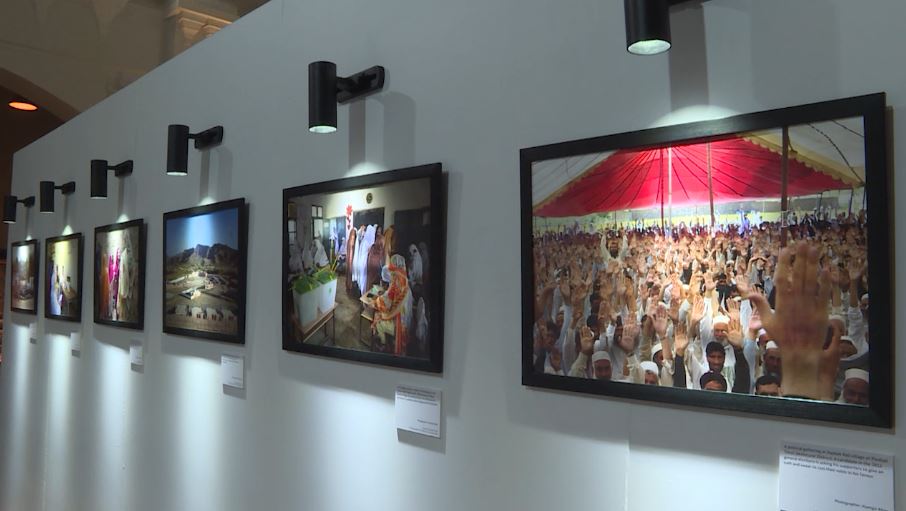 To mark the 70th anniversary of bilateral relations and development cooperation between Pakistan and Germany, GIZ launched a photo exhibition on tribal districts at Peshawar Museum on Saturday.

PESHAWAR: To mark the 70th anniversary of bilateral relations and development cooperation between Pakistan and Germany, GIZ launched a photo exhibition on tribal districts at Peshawar Museum on Saturday.

The photo exhibition gives an insight into tribal district that in 2018 has been merged into the Province of Khyber Pakhtunkhwa. The exhibition depicts the lifestyle of tribal people, their trades and struggle to provide their children with a better future. The exhibition also showed an emerging local governance system, community development initiatives, and improvements in the education and heath sectors.

KP to establish 12 degree colleges in Tribal belt this year

The photo exhibition will continue till 12th December 2021 at the Peshawar Museum to mark the celebrations.

Dr Deichmann, Chargé d’Affair of the German Embassy in Islamabad, said that the development cooperation between Germany and Pakistan have been continuously adjusted in line with new challenges and changing social, economic and political frameworks. “To date, Germany has invested around 3.5 billion Euros in its development partnership with Pakistan,” he informed.

Dr Abdul Samad, Director, Archaeology & Museums, said that it is a moment of pleasure for the Directorate of Archaeology and Museums to host the exhbition. He said that there is huge potential for promoting academic research, cultural tourism and awareness raising among the public on the importance of cultural heritage.

Stoyanka Stich, Cluster Coordinator at GIZ Pakistan confirmed GIZ commitment to promote local governance reform process in the country including Khyber Pakhtunkhwa. She stated that GIZ is working with the provincial and local governments to promote efficient, transparent and a participatory approach focused on strengthening institutional capacity and improved governance in health and education for better service delivery to the local people in tribal district

The minister also directed the KP Archaeology to hold more exhibitions in the museum and to present the rich culture and heritage of the province and merged districts to the world. Jhagra said that Rs60 billion has been allocated for developmental projects in newly merged districts. “If other provinces contribute the promised fund, this allocation will reach 100 billion, this year,” Jhagra said.

Jhagra said that for the first time, the people of tribal districts have been provided free medical facilities under ‘Sehat Card Scheme’. He informed that this facility will be upgraded to Sehat Card plus from first January 2022.

The minister said, from governance to energy and climate change, the two countries have embarked on countless development initiatives including the FATA Development Program, a flagship programsince 2009 is aimed to improve living conditions and work with government partners to improve public service delivery in the fields of health and education.