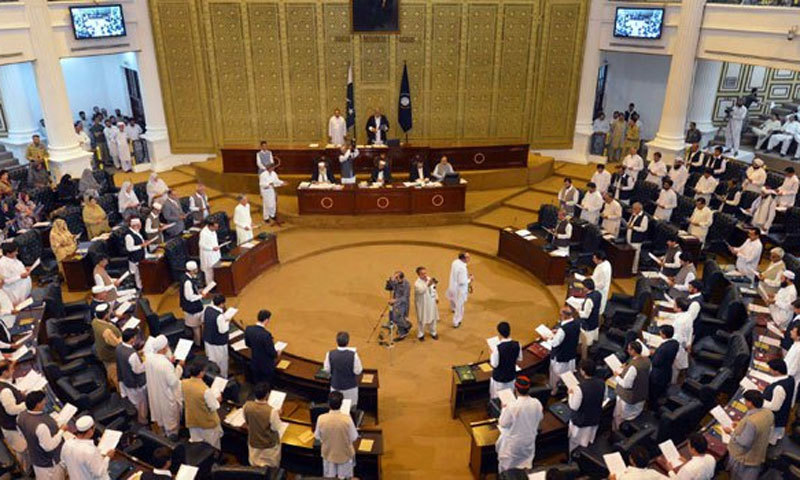 On October 25, a team of Forest Department, led by a female monitoring officer, was returning Bannu after inspecting the tree plantation campaign when they were abducted by unknown persons.

PESHAWAR: Member of Khyber Pakhtunkhwa (KP) Assembly from North Waziristan Mir Kalam Wazir said that the gang which kidnapped a team of forest department is demanding Rs50m in ransom.

During the KP Assembly meeting on Friday, the lawmaker informed that the gang have contacted the families of kidnaped employees – Anwarullah, Moinullah and Gul Ayaz – and demanded Rs50 million in ransoms for their same return. “The kidnappers have made it clear to the families that they will be released only after the government pays a ransom of Rs50 million,” Wazir informed the assembly.

Terror incidence surge 71% in KP in past three months

The Speaker Provincial Assembly Ahmad Ghani has called on the government to take serious steps on all issues including kidnapping of forest department officials and demanded a detailed report.

On October 25, a team of four Forest Department, led by a female monitoring officer, was returning to their office after inspecting the tree plantation drive under the Billion Tree Tsunami project when they were abducted by unknown persons.  The police said that team was kidnaped from area between Bannu and North Waziristan. A few days after the incident, the female officer was left unconscious by the kidnappers while three male members of the team were shifted to an unknown location. The police have so far failed to trace and recover the kidnapped employees.

On the aforesaid information from the tribal MPA, Speaker Mushtaq Ahmad Ghani directed the Provincial Minister for Labour and culture Shaukat Ali Yousafzai to submit a detailed report to the Provincial Assembly.