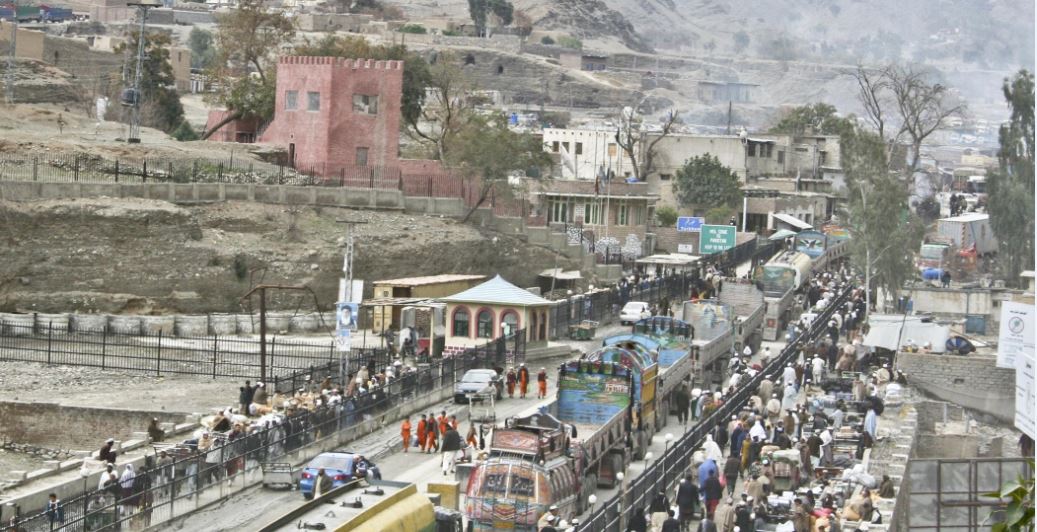 They urged the government to retain cash in the counter facility.

PESHAWAR: Panelists here at seminar on ‘Pak-Afghan Trade’, underscored the bottlenecks which were hampering mutual trade between Pakistan and Afghanistan, called upon Islamabad and Kabul to devise a joint mechanism to remove hurdles in order to carry out smooth trade between the two neighbouring countries.

The speakers have suggested restoration of one customs system by suspension of WeBoC – Web Based One Customs in order to facilitate traders at both sides of the border.

They urged the government to retain cash in the counter facility.

The participants called for rationalizing tariffs and duties on exporting items to enhance bilateral trade between Pakistan and Afghanistan. They also urged the National Logistic Cell (NLC) to simplify export procedures at the border to facilitate the business community.

This was the crux of a seminar on Pak-Afghan Bilateral Trade, jointly organised by Sarhad Chamber of Commerce and Industry (SCCI) and Pakistan Trade Development Authority (TDAP) in collaboration with Customs and NLC here at the chamber house on Wednesday. Commercial Consul of Pakistan in Kabul, Asif Khan participated in the seminar through video link from Afghanistan.

The participants identified hiccups and impediments, which were hindering mutual trade between Pakistan and Afghanistan and gave a number of suggestions to resolve them amicably. Hasnain Khurshid while speaking on the occasion stressed the need for taking pragmatic steps to remove hurdles to Pak-Afghan mutual trade.

For this purpose, he urged Islamabad and Kabul to devise a joint mechanism to carry out smooth trade and onward to Central Asian Republics.

He observed traders have faced enormous difficulties with the introduction of a new system, emphasizing for their resolving by taking joint measures of the both governments in order to boost up mutual trade volume between the two countries. Later, the Pakistan’s commercial consular in Kabul, Asif Khan addressed the seminar through video link from Afghanistan, saying that the government of Pakistan has initiated steps with the newly installed Afghan government to boost up mutual trade between the two neighbouring countries.

The senior official informed that the Afghan Transit Trade Agreement had been extended for next six months to facilitate trade between the two countries.

He said the issues of free move trucks loaded of goods has been resolved besides the TIR-Cargo has been promoting, under which a number of goods consignments had been dispatched to Central Asian Republics.

On the occasion, Director General TDAP Shahzad Khan apprised the participants regarding measures taken by the government for promotion of Pak-Afghan mutual trade.