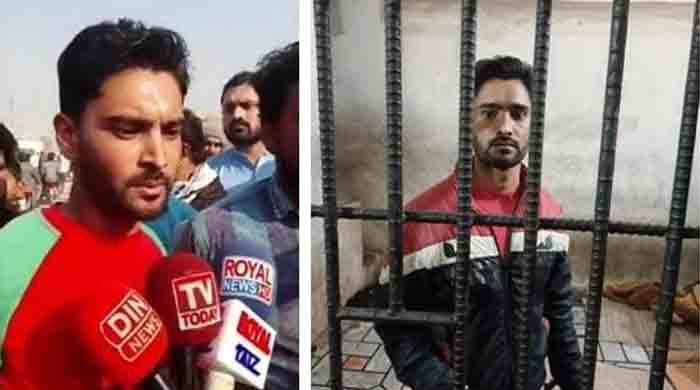 A total of 118 suspects, including 13 prime accused; have been arrested.

PESHAWAR: A total of 118 suspects, including 13 prime accused, have been arrested in connection with the killing of a Sri Lankan national in Sialkot. The police said that case has been registered against 800 people under the Anti-Terrorism Act.

In a media briefing in Lahore on Saturday, IG Punjab Police Rao Sardar Ali Khan said that more than 200 places were raided after reviewing the footage of 160 CCTV cameras in 24 hours to arrest the accused.

“Police have also checked the records of thousands of phone calls and have also arrested those who took selfies, made videos and brought stones,” the IGP said. “10 special teams have been formed for the arrest of the accused and the further investigation is underway.”

Rao Sardar Ali Khan furthered that the autopsy process of the dead-body has been completed and it will be handed over to the Sri Lankan High Commission through the Ministry of Home Affairs and the Ministry of External Affairs.

According to the IG Punjab Police, the altercation of factory workers with the slain manager started at 10:02 am on Friday after Sri Lankan national removed some posters from the walls. There was a minor dispute between the factory manager and the employees. The major also apologized to the angry workers but they were not ready to calm down. The official said that by 11 am, he was killed by the mob. According to Rao Sardar Ali Khan, “Sri Lankan citizen was killed when police received a report.”

The Punjab government spokesman Hassan Khawar said, “If any officer was found negligent in the inquiry, strict action will be taken against him.” He said that the government is taking all possible steps to bring the culprits to justice. The IG Punjab said that as soon as the incident was reported, the police rushed to the spot and took control of the situation. He said that a case has been registered under the Anti-Terrorism Act and trial of the accused will start soon.