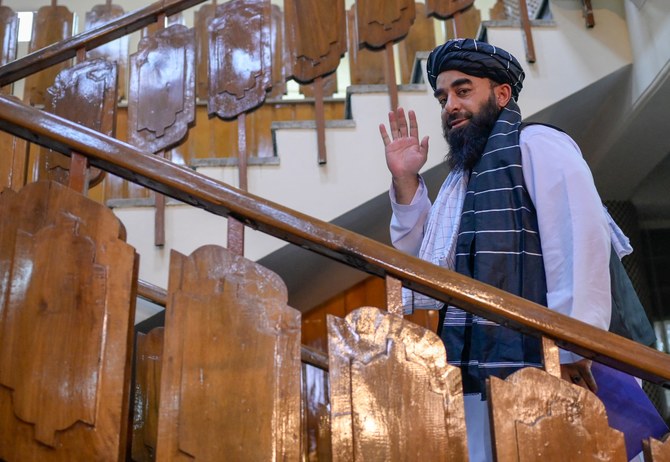 Zabihullah Mujahid said that TTP was never part of the Taliban movement in Afghanistan.

PESHAWAR: The Afghan Taliban said that the banned Taliban Pakistan (TTP) should focus on peace talks with Pakistan and made it clear that the militant group was never part of the Taliban movement in Afghanistan, Arab News reported.

In a video circulating on social media, the head of the banned TTP and Noorwali Mehsud has claimed that the TTP is party of the Taliban movement in Afghanistan but the Taliban government has denied the claim. “We would advise the group to work for peace and stability in their country,” the Taliban spokesman Zabihullah Mujahid told foreign media, adding that the TTP and the Islamic Emirate have different goals.

There is no anti-Pakistan group in Afghanistan: Muttaqi

He said assured that the Taliban-led Afghanistan will continue to play its role in peace talks between the government of Pakistan and TTP to eliminate the possibility of enemy intervention in the region. He maintained that law and order is key to the development and stability of the entire region.

Last month, Federal Minister for Information Fawad Chaudhry announced a one-month ceasefire with the banned TTP after that the TTP also announced one month ceasefire in November. It was hoped that if the agreement reached, they may further extend the ceasefire. Afghanistan’s acting foreign minister, Amir Khan Mutaqi admitted last month that the Afghan Taliban are mediating negotiations between the Pakistani government and the banned TTP.

But on 8 December, the banned Tehreek-e-Taliban Pakistan (TTP) announced not to extend the month-long ceasefire, accusing the government of failure to fulfill the earlier commitments.  A statement issued by the TTP said that as per the agreement, the government has not yet released 102 members of the banned outfit,

The militant group said that despite ceasefire, the cecurity forces have conducted raids in Dera Ismail Khan, Lakki Marwat, Swat, Bajaur, Swabi and North Waziristan, killing and detaining the militants.