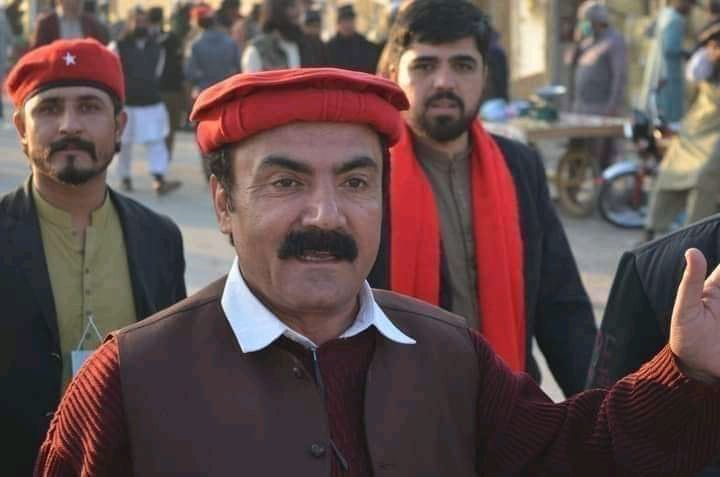 PESHAWAR: The President of the Awami National Party (ANP) in Dera Ismail Khan and candidate for the tehsil mayor Umar Khittab Sherani was shot killed by unknown assailants on Saturday.

Police said that unknown gunmen opened fire on Sherani outside his house, killing him on the spot. His dead body has been shifted to Trauma Center for autopsy. The DI Khan police spokesman Imtiaz Ali told VOA that Sherani’s murder of ANP candidate is a clear act of terrorism but the police is conducting further investigation. Ali informed that he has been shot twice in the head with a 9mm pistol.

Sherani was also a member of DI Khan District Bar Council. The District Bar Association and the High Court Bar Council have declared mourning over his brutal murder. The ANP spokesperson Samar Haroon Bilour strongly condemned the murder of yet another ANP leader in the broad daylight and demanded justice. Bilour wrote on twitter, “We want justice now. This cannot go on anymore.”

The Dera Ismail Khan District Police Officer (DPO) Captain (retired) Najam-ul-Hasnain Liaqat said that the Police have cordoned off the area and conducted investigation. He added that the Police, Counter Terrorism Department (CTD) and intelligence agencies have launched separate investigations. The DPO said that the body is being shifted home. He said that the Election Commission of Pakistan has the power to cancel the election in the constituency.

The Khyber Pakhtunkhwa Chief Minister Mehmood Khan took notice of the tragedy and directed the police to submit report. Khan expressed heartfelt sympathy and condolences with the bereaved family and assured that the elements involved in this heinous murder will be brought before the court of justice.

Lawyers, ANP leadership and workers staged a protest against Sherani’s assassination and placed his body on the road in front of the town hall. Protesters chanted anti-government slogans, saying the government had failed to protect the political leadership.

Today is the last day of the election campaign for the local government elections to be held on December 19 [Sunday] in 17 districts of Khyber Pakhtunkhwa. The candidates are pushing hard for their victory. According to sources, there will be strong contest between the Pakistan Tehreek-e-Insaf, Jamiat Ulema-e-Islam-Fazl and the Pakistan Peoples Party for DI Khan mayorship slot.