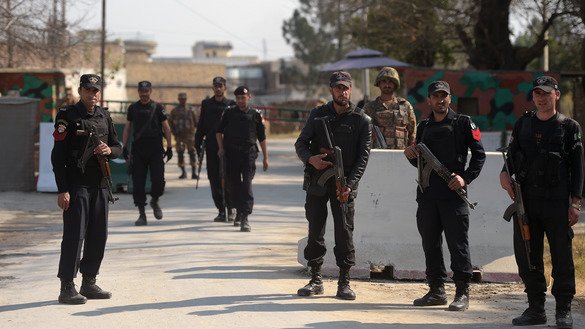 The official said that during 2021, 40 policemen were killed in operation against terrorists and 599 high profile terrorists were apprehended.

PESHAWAR: The Khyber Pakhtunkhwa (KP) police said that during 2021, 90 percent of terrorist attacks in the province were operated by militant groups hiding in Afghanistan.

The Deputy Inspector General (DIG )of Counter Terrorism Department (CTD) Javed Iqbal Wazir, while briefing the media about the police performance in 2021, said that during 2021, 48 policemen were martyred while 44 injured in attacks and operations against terrorists. He informed that 599 high profile terrorists were apprehended and 110 were killed in police operations. The police official further informed that during the outgoing year, 44 polio vaccination teams came under attacked.

Iqbal said that three commander of the so-called Islamic state were also killed in operations. He reiterated that police and other law-enforcement agencies are making all possible efforts to eliminate militants. In 2021, three suicide attacks were occurred, including the attack in Dasu. several Chines engineers working on mega dam project were killed in the attack. The police data shows that 44 cases of extortion were registered in which 31 persons have been arrested.

Yesterday, industrialists have informed commissioner Peshawar, Riaz Khan Mehsud, that they receive extortion calls from Afghanistan. The delegation of the industrialists told the commissioner that the business community is forced to transfer their investment to other parts of the country.

Mehsud assured that the issue will be raised with Afghanistan authorities to stop militants from using its soil against Pakistan. The commissioner Peshawar said that the newly established ‘Ababeel force’ will be deployed in Hayatabad industrial Estate to protect industrialists against extortionists.

On 26 December, the Balochistan government also released the data collected by the provincial Home and Tribal affairs department, saying that there has been 90% increase in terrorism incidents in Balochistan in 2021 as compared to the previous year. The official report said that last year, 137 terror incidents were reported but in 2021, a total of 260 incidents took place in which 138 people were martyred and 421 people were injured.