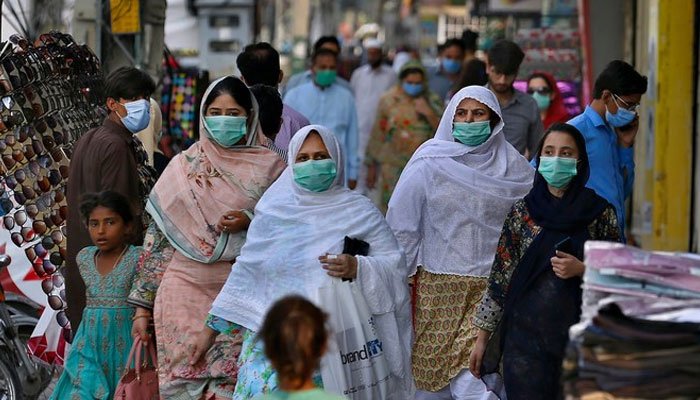 PESHAWAR: The health officials have warned that Omicron fueled 5th wave of Corona virus is spreading fast as the National Command and Operations Center (NCOC) on Monday reported 708 new cases in the preceding 24 hours.

The data released by the NCOC informed that a total of 45,643 tests were conducted in 24 hours out of which 708 patients were confirmed to have infected with Covid-19. The NCOC said that the positive case ration was over 1 percent.

Yesterday the head of NCOC Asad Umar warned the country is gearing towards the 5th wave of the virus amid the raise in the Omicron cases. The data shows that in the last three days, the Covid-19 positivity rate in Karachi increased from two to six percent. The NCOC has urged for stringent efforts to contain the virus spread.

The federal capital Islamabad reported 34 more Omicron cases taking the total cases of the new variant in the country to 100. The health officials said that most of the new victims have not received even single dose of Covid-19 vaccines.

The federal government has started administering booster vaccine for people over the age of 30 across the country from today. According to the National Command and Operations Center (NCOC), the booster dose will be administered to those who have received the last dose of the vaccine six months in advance. The NCOC said that due to the increased risk of Omicron cases, the people should strictly follow SOPs and ensure a full dose of vaccination / booster.