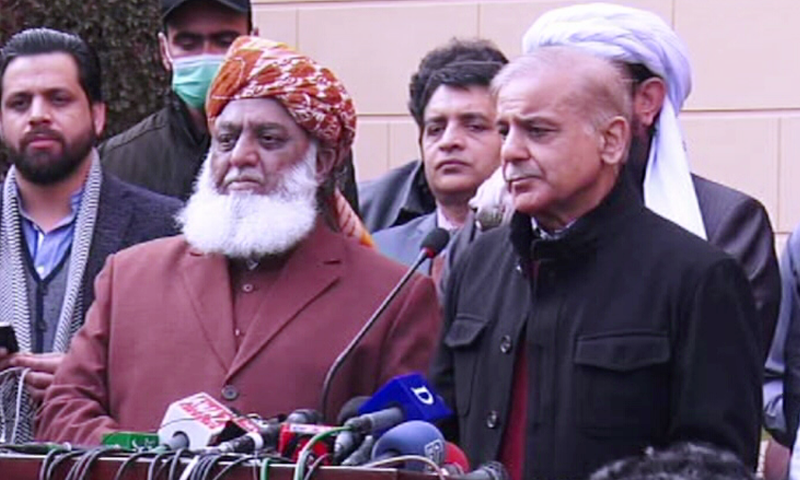 PESHAWAR: The head of the Pakistan Democratic Movement (PDM), Maulana Fazlur Rehman on Wednesday said that the alliance rejects the army deployment during the second phase of Local Government (LG) election in on March 27.

The Election Commission of Pakistan (ECP) has asked the Ministry of Interior for army deployment after the election body accused the KP police of “mere silent spectator” to violation in the first phase of election on 19 December, last year. The PDM chief said that the ECP should take responsibility for holding free and fair elections without asking for the army deployment.

KP police was ‘mere spectator’ to violence on Election Day

Congratulating Maulana Fazlur Rehman on securing majority seats in the first phase of Khyber Pakhtunkhwa local body elections, the Pakistan Muslim League-Nawaz President Shahbaz Sharif said that they have decided to convene the PDM parties summit on January 25 to address the organizational issues and discuss preparation for the ‘long march’ on 23 March. He said that the ‘mini-budget’ will trigger another round of inflation; therefore, the opposition parties would strongly oppose it.

Shahbaz alleged, “I have not seen more ‘incompetent’ and ‘corrupt’ government in 74 years than the PTI which has devastated the lives of 220 million people. Now, it is the time to use all constitutional, legal and political weapons to dethrone the government.”

On 5 January, the Election Commissions of Pakistan has alleged that the Khyber Pakhtunkhwa police was a “mere spectator” to violence during the Local Government elections on 18 December, last year. Therefore, the ECP said, it has been decided to deploy Pakistan army to ensure peaceful polls in the remaining districts on 27 March.

Several incidents of mismanagement and disruption of polling process was reported during the first phase of election. The election body has accused the KP police of failure to ensure full-fledged security and peaceful elections. The ECP said that the officials results of several constituencies are yet to be issued due to disruption of the election process.