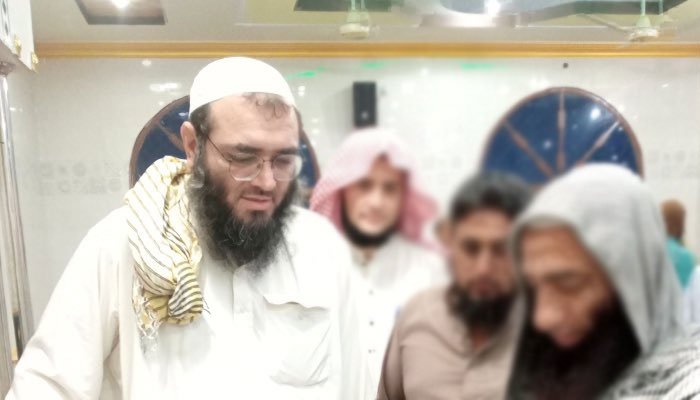 PESHAWAR: A prominent Salafi religious scholar Abdul Hameed Rahmati was martyred while his younger brother was critically injured in an attack here on Sunday night.

The police told media that their vehicle was attacked by gunmen within the jurisdiction of Faqirabad police station. The police said that no group has claimed responsibility but further investigation was underway into the traded y. According to police, Sheikh Abdul Hameed and his brother Sheikh Mohammad were injured and were shifted to hospital where Sheik Hameed succumbed to his injuries.

Shaikh Gulam Ullah Rahmati passed away last year in January.  He hailed from northern Afghanistan Kunduz province but lived over decades in Peshawar. “He was equally respected by the Afghan and the Tehrik-i-Taliban Pakistan (TTP),” Abdul Sayed further said.

According to police, efforts were underway to arrest the killers with the help of CCTV footage installed near the crime scene.

His father, Ghulam Ullah Rahmati, was a founding top influential Afghan Salafist scholar after Shaikh Jameel -ur-Rehman. No group has claimed responsibility for the attack, but according to research analyst, Abdul Sayed, the so-called Islamic state may be responsible for the attack. He wrote on Twitter, “Ghulam Ullah Rahmati and his religious circle supported the Afghan Taliban and was critical of the Islamic state of Khurasan (ISKP). One possible reason for this killing could be the ISKP intra-Salafist war which targets those prominent Salafist voices that condemn its ideology.”

The police said that he was running a religious seminary in Qazi village and was also famous on social media for his speeches on religious issues.