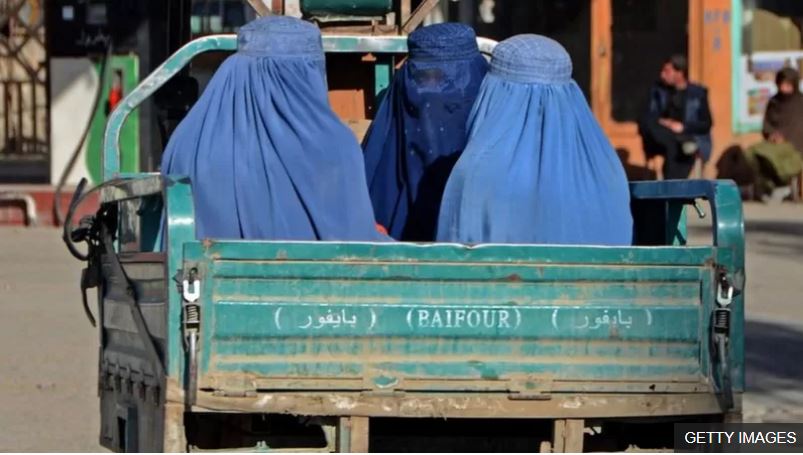 The United Nations Human Rights Commission has accused the Afghan Taliban of organised violence against and gender based discrimination in Afghanistan.

PESHAWAR: The United Nations Human Rights Commission (UNHRC) has accused the Taliban of violations of Afghan women’s rights and gender based discrimination in Afghanistan.

The United Nations said in a statement that the Taliban’s policy is a form of “collective punishment” for women and girls.” The statement added that the strategy of excluding women from work and education is “leading women to poverty”..

“The policy not only restricts women’s participation in politics and other walks of life, but also affects their ability to earn a living and lead a respectable life,” the statement said. “During the ongoing humanitarian crisis, women have been most affected by these measures of the Taliban regime.” The Taliban has not yet commented on the latest UN statement, but has denied such reports in the past. The Taliban say they are giving women all the rights in accordance with the principles of Islamic law.

On Sunday, a number of women demonstrated against violations of Afghan women’s rights in capital, Kabul. One of the protesters said that the Taliban had sprinkled pepper spray on protesters to prevent them from protesting against the killing of a young girl near a security checkpoint in Kabul.  The women protesters claimed that a number of women activists had gone missing in Mazar-e-Sharif and Herat after the fall of Ashraf Ghani’s administration. The protesters also chanted slogans against the imposition of ‘forced hijab’ on women.

After coming to power, the Taliban closed schools for girls above sixth grade in September last year. Since then, Taliban leaders have repeatedly said that they are preparing a policy and will soon allow all girls to get education.

The Taliban said in a statement on Monday that it was expected to reopen all girls’ schools in March of the new solar year. Taliban spokesman Zabihullah Mujahid told the Associated Press that the government is taking all possible measures to reopen women educational institutions in Afghanistan.