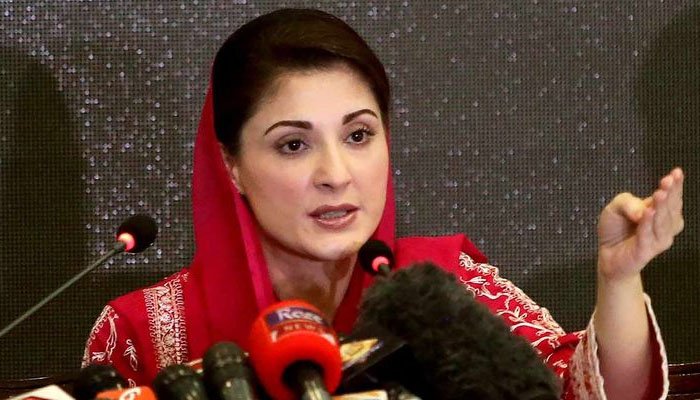 Maryam says PTI government is “guest of days and not of weeks or months.”

PESHAWAR: The Pakistan Muslim League (PML-N) Vice President Maryam Nawaz has said that the PTI government’s days are numbered and now it is a “guest of days and not of weeks or months”.

Talking to media outside the Islamabad High Court (IHC), Nawaz said that the government performance is “extremely poor” as a result the nation is reeling under “record” inflation, unemployment and unending economic crisis. Maryam said that the Murree tragedy was the result of government “incompetence”. She said that the method of removing the government will also come to light soon.

The PML-N vice-president said that Nawaz Sharif’s party has gone through torment and the party leadership has been facing “political motivated” court case but the party stands united despite all the hardships. She alleged that despite being in government, the PTI suffers from differences. Maryam Nawaz said that even the party leaders have lost trust in the leadership of their party head – Imran Khan. “Due to his performance, Imran Khan has lost respect in the eyes of his own party members,” Maryam Nawaz.

Maryam Nawaz claimed that the PTI government’s days are numbered, saying that “soon the people will get rid of the incompetent ruler”. Maryam said that instead of making false and misleading statements, interior minister Sheikh Rashid Ahmad should explain his government performance during the Murree tragedy. “Spokespersons have been recruited to hide the government incompetence,” the PML-N leader claimed.