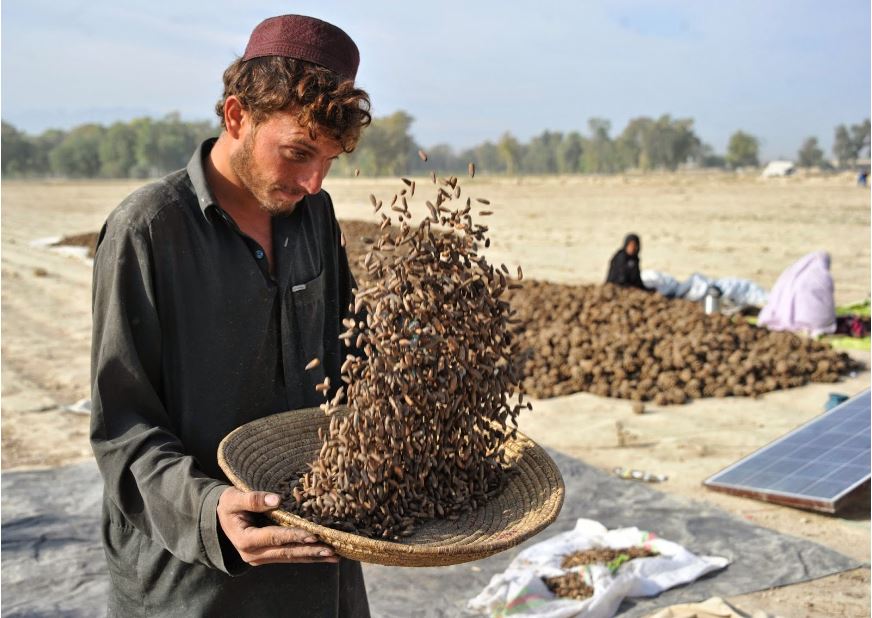 PESHAWAR: The Economic Coordination Committee (ECC) decided to abolish 45% regulatory duty on the import of pine nuts [chilghoza] and allowed the export of 14 food items in rupee to Afghanistan in view of the ongoing food crisis in the war-riddled country.

The meeting of the Economic Coordination Committee was held under the chairmanship of Finance Minister Shaukat Tarin on Friday that allowed the export of certain products in Pakistani rupees. The ECC has decided to abolish the 45% regulatory duty on the import of pine nuts and approved the utilisation of third party services to monitor the Kamyab Jawan program.

The reports said that Pakistan has allowed the export of 14 food related items to Afghanistan in Pakistan rupee as there is no dollars available in Afghanistan while its banking system is also non-functional. The Afghan traders were unable to export food items due to the unavailability of dollars.

The officials believe that it will be helpful in alleviating the current crisis in the troubled Afghanistan and would also stop smuggling of US dollars from Pakistan. Pakistan had announced trade with Afghanistan in Pakistan rupee however; the plan could not be implemented because of the opposition of the Afghan Taliban.

Meanwhile, the ECC said that abolition of regulatory duty on chilghoza would counter its illegal imports from Afghanistan and would be helpful in jobs creation in the border region of Khyber Pakhtunkhwa and backward area of Balochistan province.