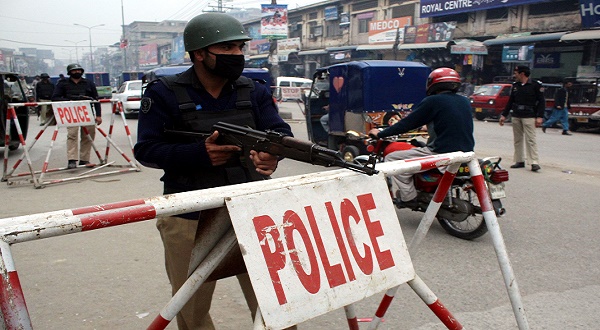 PESHAWAR: The Interior Ministry has declared red-alert and directed all provincial governments to remain vigilant after the bomb blast in Lahore’s Anarkali Bazaar.

The notification issued by the Federal Interior Ministry said, “In view of the recent bomb explosion in Anarkali, Lahore and the threats posed by anti-state elements, the provincial governments and law enforcement agencies are urged to remain vigilant in dealing with any untoward incident.” According to the notification, the red alert was issued with the approval of Interior Minister Sheikh Rashid Ahmad.

While addressing the Senate, Interior Minister Sheikh Rashid Ahmed had said that recently several terrorist incidents have been carried out in Lahore, Islamabad, Peshawar and other parts of the country. Prior to his address, the Pakistan Peoples Party (PPP) senior leader Senator Raza Rabbani raised the issue of terror activities in Islamabad and Lahore and other parts of the country. He questioned whether the country was moving towards another wave of terrorism. Rabbani also said that the recent attacks prove that the talks with terrorists was a wrong policy of the government.

He demanded that the Home Minister be summoned to the House to inform Parliament about the situation. In response, Sheikh Rashid said that terrorist incidents took place in Lahore and Islamabad. The minister said that two persons who killed a policeman in Islamabad were killed by the police and six mobile phones were recovered from them.

According to the officials in Lahore, three persons were killed and 26 others injured in the blast which took place in Lahore’s Lohari Gate area. Earlier, a policeman was killed at a checkpoint by armed motorcyclists in a terrorist incident in Islamabad. In response, the security forces killed both motorcyclists.

Earlier, while addressing a news conference, the minister has said that top members of the hard-line militant group Tehrik-i-Taliban Pakistan (TTP) have been killed recently in security operations. He warned that in reaction, the TTP may target major cities destabilise the country. He said security has been beefed up in in Lahore, Peshawar, Karachi and Islamabad