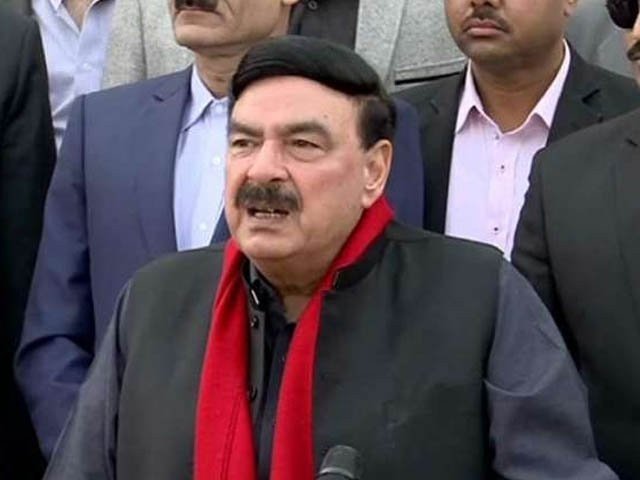 Addressing a news conference in Islamabad, the minister said that Pakistan security forces have defeated terrorists and now there are few small groups that will also be eliminated. He said that the Tehrik-i-Taliban has admitted that its two terrorists have been killed in Islamabad. Shaikh Rashid, while talking about terror groups in Balochistan, said that Baloch Republican Army and the United Baloch Army has formed the Baloch Nationalist Army (BNA), which he says is a small group.

The BNA had claimed responsibility for the blast in Lahore’s Anarkali area. At least three people – including a child – were killed and 23 others were injured in bomb blast in Lahore, new Anarkali Bazaar, near the police recruiting center on 20 January. The blast was so powerful that the windows of nearby buildings shattered and several parked motorcycles caught fire. Sheikh Rashid said that such attacks cannot defeat the nation’s morale.

Talking about talks with terrorists groups, the interior minister said that no talks have held with ISIS but the TTP’s were so strict that the process couldn’t move forward. “If TTP wants to accept Pakistan’s law and constitution, the doors are open for them,” the minister maintained.

Talking about Afghanistan Taliban, he said that today Afghanistan is not as anti-Pakistan as before. “After RAW was defeated by the Taliban in Afghanistan, India is fanning terrorism in Pakistan,” the minister said.

The minister, in response, to the opposition political parties long march said they can hold their marches but if the state will take strict action, if they violated the law. He said that there is no threat to the PTI government and it will complete its five-year constitutional tenure. The minister said that the presidential form of government has not yet been discussed in the federal cabinet.