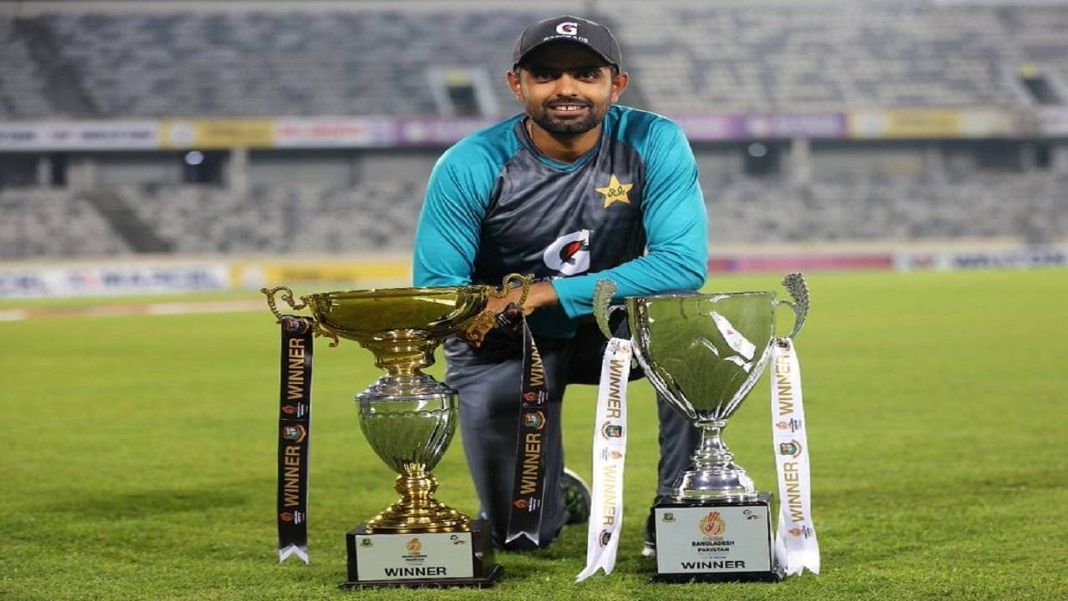 Babar Azam has been crowned as the International Cricket Council’s Men’s ODI cricketer of the year award, despite playing only six ODIs throughout the year.

PESHAWAR: Babar Azam has been crowned as International Cricket Council’s Men’s ODI cricketer of the year, despite playing only six ODIs throughout the year [2021].

His rival on the list was Bangladesh’s Shakib Al Hasan, South Africa’s Janneman Malan and Ireland’s Paul Stirling. The ICC stated in a statement that Babar has played a key role in two ODI series and scored 405 runs at an average of 67.50.

Babar, Riazan will be toughest to bowl to in WC, Boult says

Babar had scored 228 runs in the ODI series against South Africa. Pakistan had secured the series by with 2:1. Pakistan then suffered a clean sweep defeat in a ODI series against England, but Babar scored a total of 177 runs. The national team captain thanked his fans, ICC, Pakistan Cricket Board and his team for being voted as the Men’s ODI Cricketer of the Year. “It wouldn’t have been possible without the team support,” he said. He informed that his best last year’s best innings was against England when scored 158 runs. He said the innings gave him more confidence.

Similarly, he said that winning in South Africa against South Africa was not an easy task as the pitches were totally different along with quality bowling attack. The captain added that the win gave lot of momentum to the team.

Yesterday, the International Cricket Council named Pakistan’s wicketkeeper and opening batsman Mohammad Rizwan as the ‘T20 Cricketer of the Year’, the best T20 player of the year 2021. The ICC has termed him as one of the best players and hoped that Rizwan would achieve more in 2022. Rizwan wrote on Twitter that he is grateful for the support and love of all the people, saying that “the journey has just begun.”

The year (2021) proved to be the most memorable year for Rizwan. He represented the country in 29 International Twenty20 matches, scoring 1326 runs with one century and 12 half-centuries, which was the highest of any batsman in 2021.