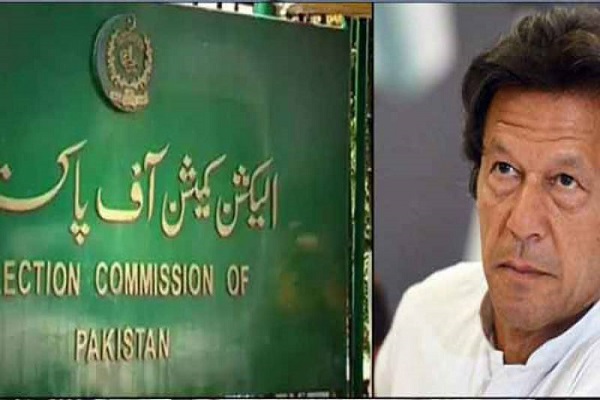 The ECP said a formal notification that the premier visit ahead of the Local Government election on 27 March will be a violation of the election code of conduct. The Prime Minister is scheduled to visit Lower Dir on January 27. The Jama’at-e-Islam (JI) has already announced protest during the PM’s visit to the district.

A notification issued by the Election Commissioner Muhammad Iqbal Tanoli to Deputy Commissioner Lower Dir to stop the public rally of the Prime Minister and to take effective steps in this regard. The election body has said that the people of Lower Dir will use their rights to vote on 27 March therefore, the PM should avoid visiting the district as it will influence the voters.

The Election Commission has said, “It is against the ruler and regulation to announce and inaugurate any development project after the issuance of election schedule. The visit of the prime minister will be a violation of Rules 233 and 234.” On the other hand, JI has announced to convene an all-party conference tomorrow to launch full-scale protest against the proposed visit and political rally of the Prime Minister on January 27.

Last year, before the first phase of LG election, the prime minister haD ignored that ECP notification and paid visit to Peshawar. The Regional Election Commissioner Peshawar had wrote a letter to Prime Minister regarding his visit ahead of the Local government elections, asking him not to visit Peshawar as it would be violation of the election code of conduct. According to the Election Commission had made it clear the, violators of the election Code of Conduct can be prosecuted under Sections 233 and 234 of the Election Act.

However, the Prime minister had ignored that ECP notification and paid visit to Peshawar, however, the ECP could not take any action against him.