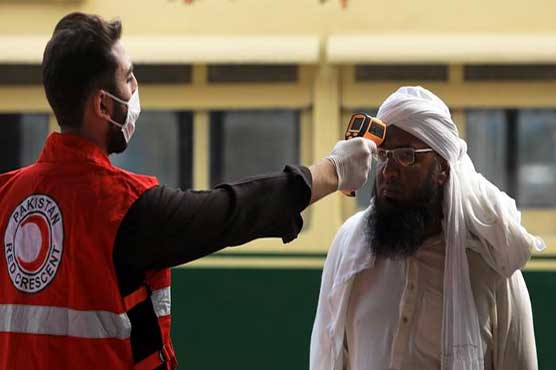 PESHAWAR: The Covid-19 has reached a critical stage as the National Command and Operation Center has recorded 12.81% positivity rate across the country.

During the last 24 hours, according to the latest statistics from the National Command and Operations Center (NCOC), 17 people have lost their lives, bringing the death toll to 29,122 in Pakistan. The number of confirmed cases from Coronavirus in Pakistan has reached 1.381 million after the NCOC detected 7195 new cases in the last 24 hours. In addition, the NCOC said, the condition of 1113 patients is critical.

Following the decision of the provincial cabinet, the finance department has released more than Rs900 million for Coronavirus emergency operation. Sources said that in this regard, the provincial government had released Rs600 million in the early days of Corona outbreak.  Out of the funds allocated for resettlement of natural disasters, funds will be released to the Health Department for emergency arrangements.