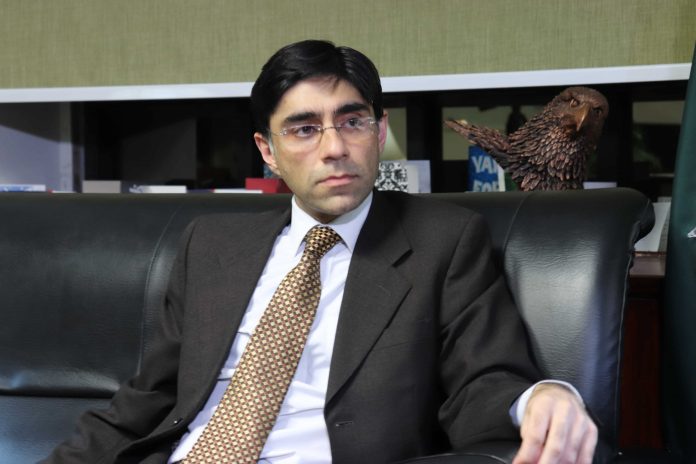 “We’re not much optimistic about the Taliban government. Organized terror networks are operating in Afghanistan,” Yusuf said. Talking about the dialogues with the banned Tehrik-i-Taliban Pakistan, the adviser said that the TTP unilaterally terminated the ceasefire agreement. He made it clear that the anti-state elements will be dealt with iron hands.

Yusuf said that recently border fencing was removed due lack of “chain of command” in Afghan government. He said that these issues have arisen at the local level and there is a high level of consensus between Pakistan and the Afghan Taliban to fence the border.

He said that economic security, relief from foreign debts and the Kashmir issue and country’s security and independent foreign policy are some of the key elements of the new policy.  However, he said, governance was not made part of the policy.  He informed that promoting education, Food security, Hybrid warfare and the elimination of organized crime are also part of the policy. He said that the policy has been made for five years but some measures are long term and some are short term.

On January 14, Prime Minister Imran Khan to public the first National Security Policy approved by the National Security Committee (NSC) on 27 December, last year. After its approval, the government had said the document will be made public within a week, however, only few parts of the policy have been unveiled.